The official dedication ceremony for Elie Wiesel Park  at the corner of Cavendish and Kildare will take place on Friday, November 3 at 10 am. 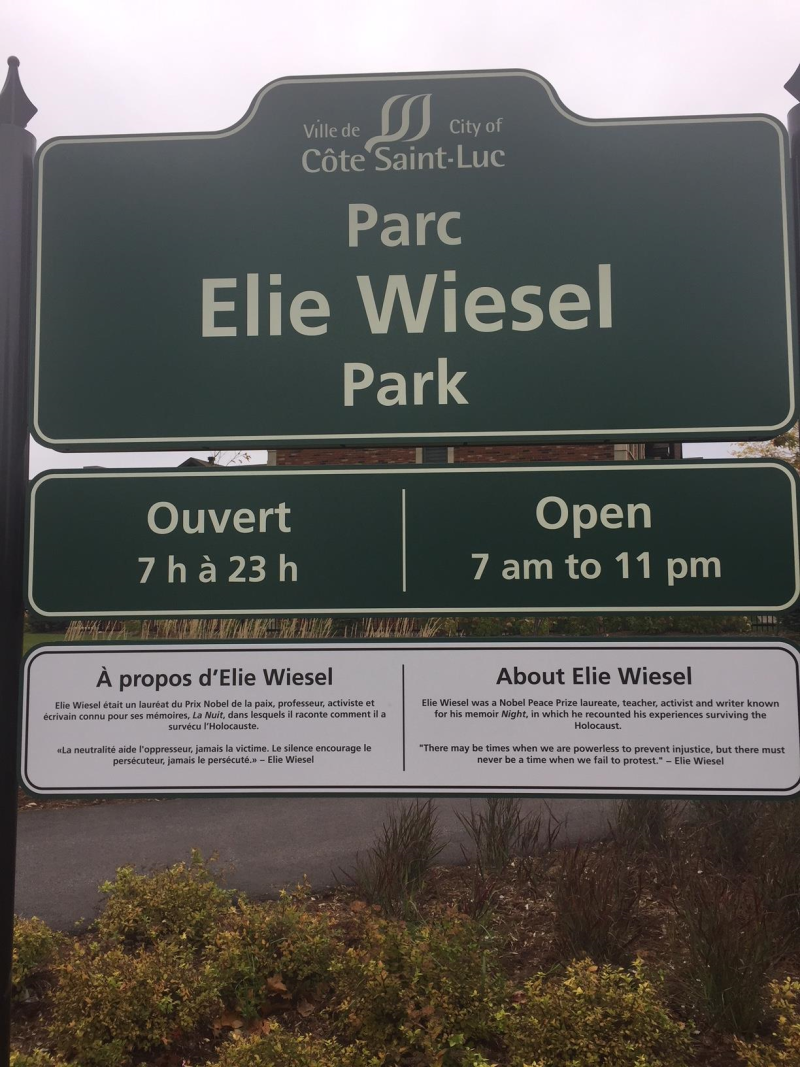 Wiesel, a renowned Holocaust survivor, died in July 2016 at the age of 87.  Wiesel was sent to Auschwitz and Buchenwald during the Holocaust. He wrote dozens of works championing the human spirit. Throughout his life he fought for peace, human rights and simple human decency. He won the Nobel Peace Prize in 1986, recounted his family being sent to the Nazi concentration camps in his first book, "Night," which was published in France in 1958.