The 30th anniversary Côte Saint-Luc Men’s Club Dinner October 29 at the Gelber Centre was an extraordinary affair, with almost 500 people on hand for an evening of dinner, dancing and awards. 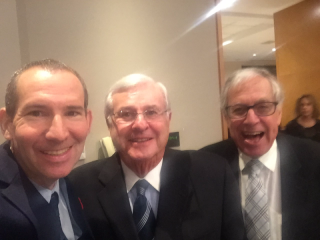 With Joe Presser and Kenny Bessner.

Bravo to co-chairs Joe Presser (District 2 resident) and Kenny Bessner. Men’s Club President Syd Kronish (District 2 resident) will step down from his role next June after four years at the helm, to be succeeded by Mannie Young. It was no coincidence that Young was honoured as the “Man (nie) of the Year.”Membership for the Men’s Club has surpassed 600. The activities they sponsor are never-ending. Liberal Member of Parliament Anthony Housefather handed out Mount Royal 150 Awards, fittingly  to Syd Kronish and his predecessor, Sid Margles (District 2 resident). 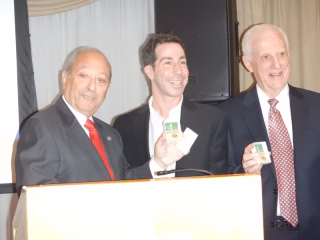 David Haltrecht (District 2 resident) will serve as the acting president of the club this winter while Kronish is in Florida, overseeing activities in the Sunshine State where several gatherings are planned. 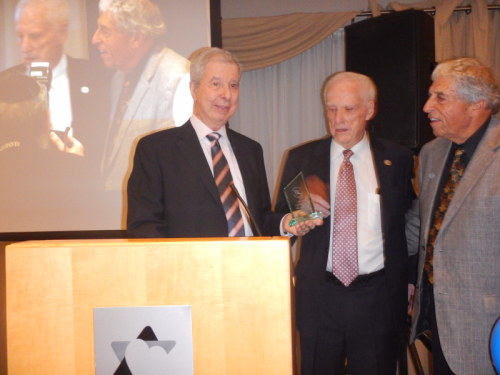 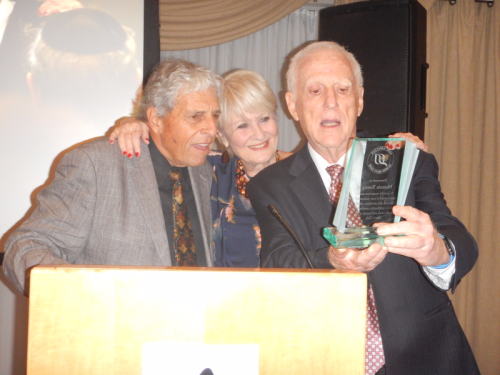 Syd Kronish presents a plaque to Mannie Young and as proud Charna looks on.

But this evening belonged to the extraordinary Mannie Young, who spent 50 years as a pharmacist. He retired five years ago from Jean Coutu at the Côte St. Luc Shopping Centre. “The secret to life is not to do what you like, but like what you do,” said Young. “I love the Côte Saint-Luc Men’s Club. This is the best social club in North America.”

Young got choked up when he brought his wife of 52 years, Charna, to the stage and declared how much he loved her. 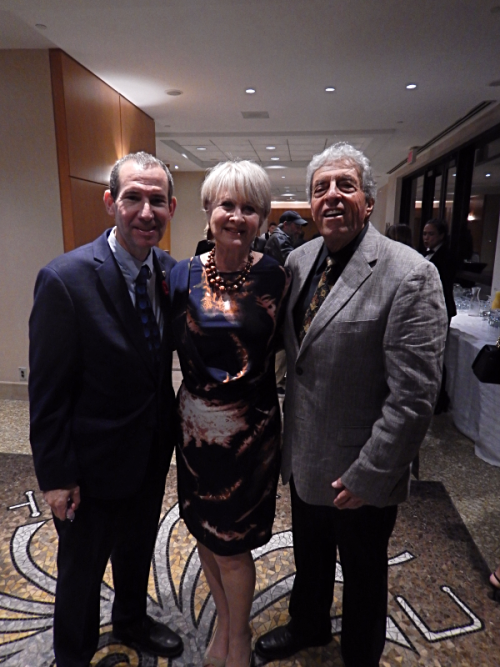 With Charna and Mannie Young.

D’Arcy McGee Liberal MNA David Birnbaum and CSL Mayor Mitchell Brownstein also brought greetings. As per usual, the club recognized members who are over 90 years of age with a giant cake. 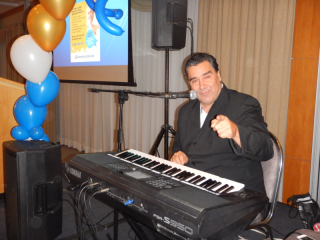 Greg Inniss on the keyboard.

Bravo to musician Greg Inniss, who kept the dance floor busy with his catchy tunes on the keyboard.

All members of council were on hand for what was a top-notch evening from start to finish! We may have been tired from our work during advance polling day, but we can always muster up enough energy to take part in such a festive occasion.