The City of Côte Saint-Luc hosted its traditional Canada Day Citizenship Ceremony on July 1 at the Aquatic and Community Centre. With Judge Barbara Seal presiding, 39 candidates from 18 countries were sworn in. 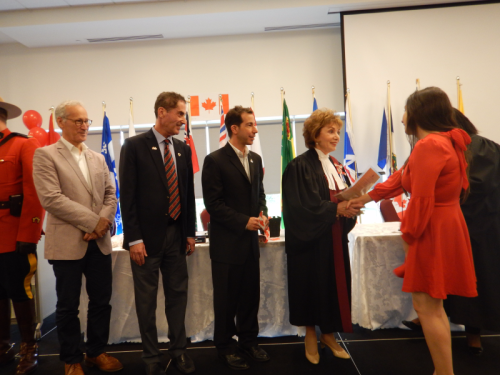 Mayor Brownstein, who initiated these ceremonies in the city and is an immigration lawyer by profession, said this process touches his heart. He spoke about his late grandfather who came to Canada on August 19, 1927 from Europe. "You," he said to the new citizens, "will always remember being sworn in on July 1, 2017 on Canada's 150th anniversary."

Housefather, our former mayor, said that we are the only city where an entire council comes out to welcome new citizens.

Birnbaum welcomed them to a very "distinct,"  province and promised that they would not feel any tension. He must be comforted by the PQ slipping in the polls. 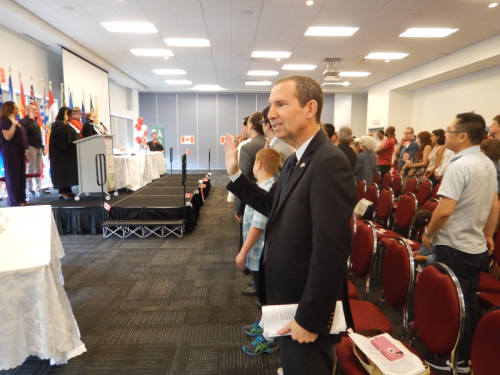 I take my oath with the others.

As the new citizens rose to take their oath, so did all of us in the audience.

The ceremony concluded with the singing of our national anthem and a small reception,