A huge thumbs up to our staff in the City of Côte Saint-Luc for making sure our annual Canada Day celebrations went off without a hitch. Not only did we celebrate this country’s 150th anniversary, but we formally rededicated the newly-renovated Pierre Elliott Trudeau Park, honoured the Canadian general who saved tens of thousands people, unveiled a one-of-a-kind wildlife sculpture garden, and played host to thousands of residents and visitors. 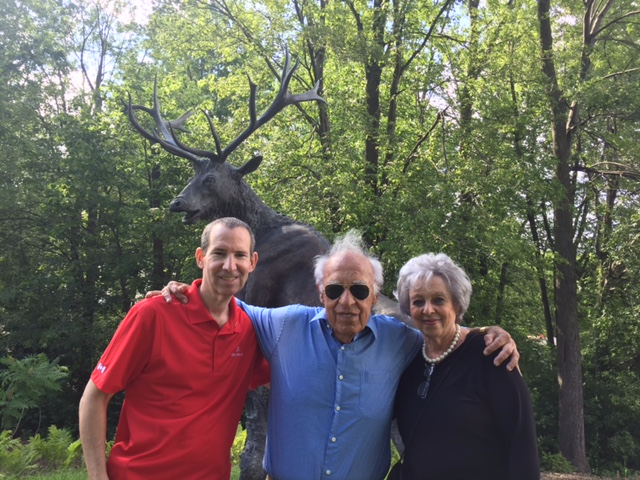 With Shalom and Roz Bloom in front of one of the sculptures.

The main Canada Day event began with the official unveiling of the Shalom Bloom Sculpture Garden. Ten life-size bronze sculptures of wildlife animals were donated to the city by Canadian artist Shalom Bloom, whom I am proud to have a constituent of mine. He and his wife Roz reside on Marc Chagall Avenue. 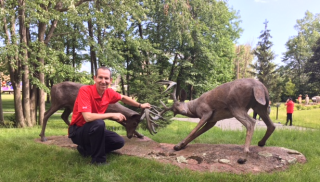 Another one of Shalom Bloom's amazing pieces of art.

As the city councillor responsible for Animal Protection, I jokingly told Shalom that I will watch out for his life-like animals. In all seriousness though, Shalom came up with a good idea to teach kids to not jump on his sculptures at the park. Our Director of Public Affairs and Communications Darryl Levine looked to see what other cities have done and developed something called CSL Junior Park Rangers. Kids will say a pledge and then they will get a certificate and a pin. We're targeting it to kids ages five to 10, but obviously it’s open to anyone who really wants to do it.

Roz Bloom said that it was her then five year old daughter who inspired Shalom to become a sculptor at the age of 50, eventually leaving a successful career in business to pursue it full time. His main subject matter is wildlife. Sculptures by him stand at the Civil Aviation Organization headquarters in Montreal and the Museum of Nature in Ottawa, as well as in other private and public collections around the world. I first met with he and Roz about the possibility of such a collaboration with our city some six years ago. Former Mayor Anthony Housefather and his successor, Mitchell Brownstein, carried the ball and the result is an attraction that should bring guests from all over. Shalom promises a phase two. 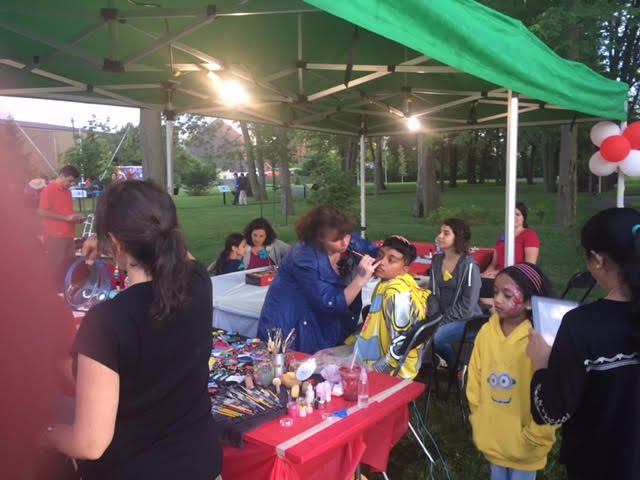 Canada Day festivities were originally scheduled for, of course, July 1. But when the Thursday forecast called for heavy rain, we rolled the dice and moved it to Sunday. Well we had a few sprinkles, but in the end everything worked out perfectly and thousands of people attended. 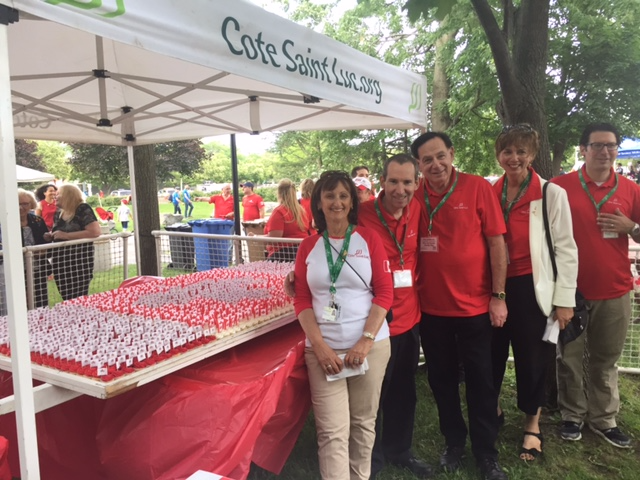 Getting ready to serve cupcakes.

There were so many activities going on for young children, from a petting zoo and pony rides to face painting, a magician, all kinds of games and great food. We handed out delicious Canada Day cupcakes and enjoyed great music presented by the Beatles cover band Replay. They have performed and toured as professional musicians and studio session players since the early 70's and have performed all over Canada and internationally. They were at Canada Day here two years ago, which went on with a somewhat modified schedule due to rain. The audience loved their performance. CJAD’s Dan Laxer  and Dr. Laurie Betito served as emcee and Councillors Ruth Kovac and Glenn J. Nashen served as the co-chairs. 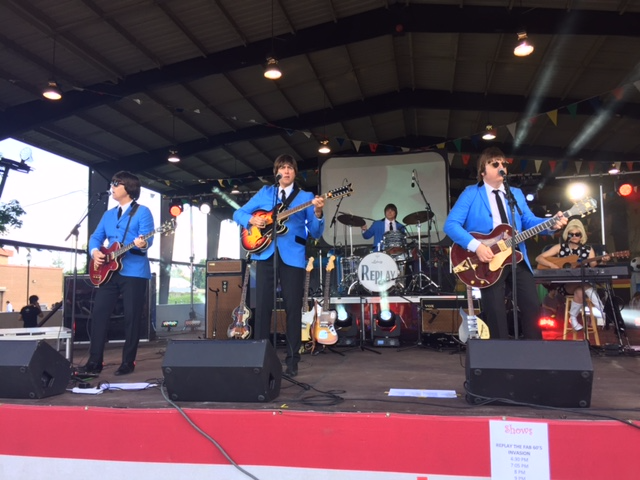 The performers from Replay were superb.

We had words of welcome from Mayor Mitchell Brownstein, Liberal Member of Parliament for Mount Royal Anthony Housefather, D’Arcy McGee Liberal MNA David Birnbaum and we inducted Roméo Dallaire into our Human Rights Walkway. A celebrated advocate for human rights, especially in regards to child soldiers, veterans, and the prevention of mass atrocities, General Dallaire is also a respected government and UN adviser, a best-selling author, and former Canadian Senator. He was represented by his son Willem. Alexandra Cohen sang the national anthem and then our very large crowd stood in awe of an amazing fireworks and laser light show.

I am so proud to live in this community! Bravo to everyone!