The Côte Saint-Luc Men’s Club continues to outdo itself year after year. Now 620 members strong, it welcomes residents age 55 and older. Founded in 1987, the club welcomes local, provincial and national speakers every Thursday morning at 9:30 am. The club also organizes activities like fitness, bowling, bridge, golf, choral and discussion groups.

Syd Kronish sits on the scooter his family donated.

Under the leadership of District 2 resident Syd Kronish for the past three years, the Men’s Club held a gala evening June 27 to benefit Canadian Magen David Adom for Israel (CMDA). Since 1976 CMDA has been the sole authorized fund-raising organization in Canada dedicated to supplying ambulances, medical equipment, supplies and blood testing kits to support the lifesaving efforts of MDA in Israel. All of CMDA's assistance to MDA has been made possible solely through  generous donations. 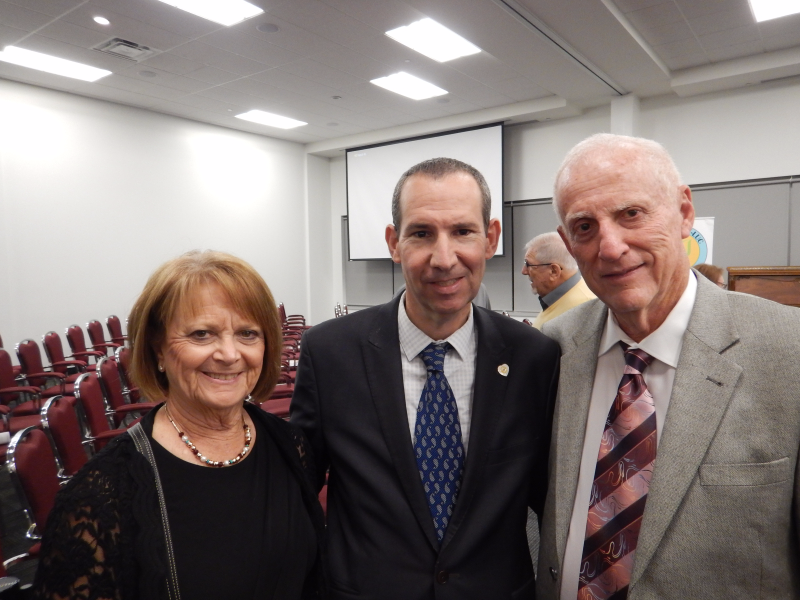 I took the time to congratulate Syd and Elaine Kronish, two of my distinguished constituents.

With its Head of Operations in Montreal and supporting Chapters across the country, CMDA's commitment to this cause runs deep with over 100 dedicated volunteers and a permanent staff of full-time professionals. Our newest city councillor, Sidney Benizri, is the executive director. In addition to providing ongoing support for the people of Israel, CMDA has contributed 20 percent of the funds required to build the national headquarters of MDA's Blood Bank located in the Tel-Ha'shomer complex just outside Tel Aviv, supplied 100 of the 800 ambulances in service today and 25 of the 200 emergency First-Responder Medical Scooters with plans to purchase another eight this year. Two of the Mobile Blood Units and $1.2 million in annual contributions to purchase specialized blood testing kits have all been possible due to your generous donations.

MDA is not a government agency, and therefore,depends heavily on donations, primarily from the Diaspora. In order to continue safeguarding lives in routine times and in times of emergency, MDA requires constant support. 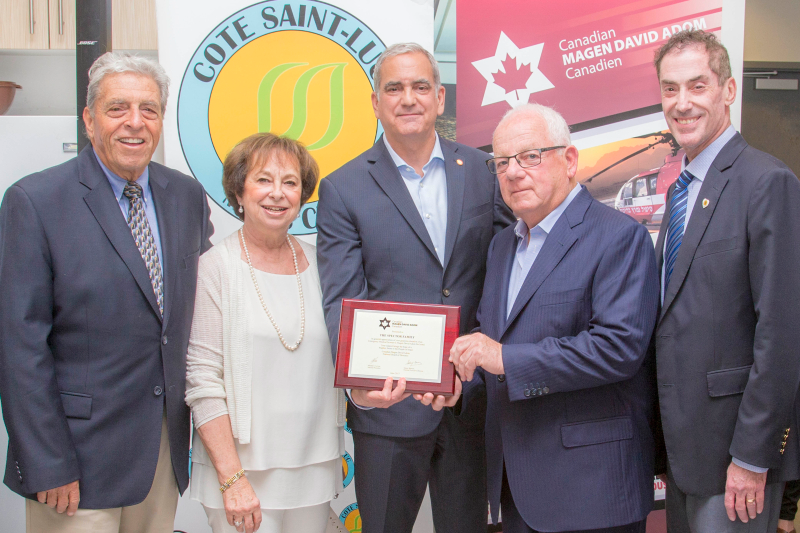 The event held at the CSL Aquatic and Community Centre began with the announcement that two ambulances and four medical scooters had been donated. More than 400 people attended, raising an incredible $400,000 for CMDA. Some of the proceeds from the event will be used to provide essential medical equipment for MDA Israel paramedics and first responders.

Standard Ambulances were donated by Simon and Fagey Rossdeutscher and Judith and Harry Rossdeutscher in memory of their families who perished in the Holocaust and by Derek and Richard Stern and Families from Olymbec. The Medical Emergency Scooter were purchased by Sheila and Nat Agensky in memory of Brian Agensky, Marion and Lazarus Caplan, Elaine and Syd Kronish/Steven, Etty, Samantha and David Kronish and The Spector Family. Harriet and Harry Fried made a donation towards medical equipment. 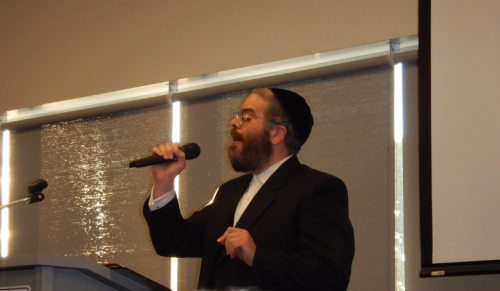 Mayor Mitchell Brownstein served as the master of ceremonies for the evening, which featured performances by Cantor Yossi Pomerantz (accompanied by Joseph Milo) and humorist Al Kustanowitz.

“Just having returned from a visit to Israel, where a group of us visited MDA’s Medical Dispatch Center, I can tell all of you that it truly is an amazing organization which responds to all types of emergencies,” Kronish told the audience.

CMDA President Michael Levine also spoke. “The pride we all feel in being part of Magen David Adom exists on so many levels,” he said. “Saving lives, mitigating the suffering of human beings whoever they may be, supporting the 15,000 volunteers and 2,300 employees in Israel that, too often, knowingly put themselves at risk to care for others, and MDA involvement around the world, are just a few. There is so much more.”

The entertainment was superb. Afterwards, a dessert reception was held in our gym. It was a wonderful opportunity for me to speak to so many of our constituents,