VE Day commemoration moves to a weekday to attract students

The annual Victory in Europe (V-E) Day commemoration takes place on Monday, May 8 at 10 am at the Marymount Adult Educational Centre at 5785 Parkhaven . This is the former Wagar High School, which will soon be renamed Wagar Adult Education Centre.

The ceremony will highlight the 72nd anniversary of the liberation of Europe form the armed forces of Nazi Germany, on May 8, 1945. 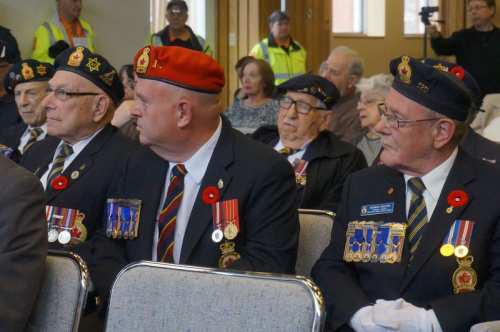 In attendance will be members of the Brigadier Frederick Kisch Branch 97 of the Royal Canadian Legion, Mayor Mitchell Brownstein, members of the Côte Saint-Luc city council, dignitaries, veterans and residents.  Also this year, in order to sensitize children to this commemoration and in attendance, the city has decided to hold the event on a weekday. Several local schools will be present with their Grade 5 students.

“Côte Saint-Luc is proud to express gratitude to the men and women who have fought to liberate Europe,” said Mayor Mitchell Brownstein. “Our veterans contributed in ending the genocide against the Jewish population of Europe and others targeted by the Nazis. Attending this ceremony is a concrete and visible manner to honour them and to reflect on the sacrifices made.”

I am proud to be co-chairing the event with  my fellow Councillor Sidney Benizri.