We are saddened to learn about the passing of Eleanor London, a legendary figure in the City of Côte Saint-Luc who was the heart and soul of our extraordinary public library, which bears her name.

It was Eleanor who first came on board to start up our library from scratch, recruited by then Mayor Bernard Lang. She retired about 13 years ago. In following her wishes, there will not be a funeral or a shiva. We as a city will find an appropriate way to recognize her passing. 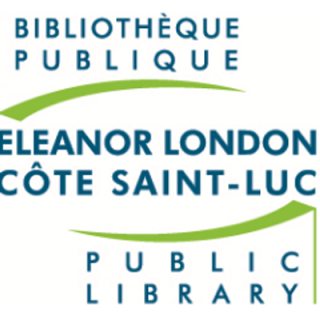 I last spoke to Eleanor last summer when we were planning 50th anniversary celebrations for the library, which is one of my portfolios as a city councillor. She said that she had not been well for many years, noting she hadn`t left the house. "I am not well Mike," she said. "I do not know what is wrong with me and I want to keep it that way. I refuse to see a doctor. I will accept my fate."

I have fond memories of Eleanor. I was four years old when the first library was established on the second floor of the Côte Saint-Luc Shopping Centre. She was the visionary behind the library we see today, open seven days a week and the envy of every other municipality in Quebec. Lisa Milner assumed her duties during the time when we were part of a borough in the merged City of Montreal. Tanya Abramovitch became the chief librarian in 2005 and when she was elevated to City Manager, Janine West stepped into the role.

Make no mistake about it, this library will always have the Eleanor London touch. We are grateful for her invaluable contributions and extend our sympathies to her family.

And Montreal Gazette Coverage Below

There was no library, no books, and no staff when Eleanor London was first interviewed for the position of chief librarian for Côte-St-Luc.

“When I got the job in 1965, I asked ‘where’s the library?’ And they said ‘there is no library — yet.’ I started with some pencils, a telephone and a desk,” London told the Montreal Gazette in 1994.

Côte-St-Luc’s founding librarian died Thursday at age 79. A very private person, London will have neither a funeral nor a shiva (the traditional seven-day mourning period in the Jewish religion), said Côte-St-Luc city councillor Mike Cohen.

“Côte-St-Luc residents flocked to that library and loved that library. They certainly loved her,” former mayor Robert Libman said Friday. “Everyone knew her, and she knew everybody. She created a special environment.”

After spending a year collecting materials, London began the library in 1966 in a second-floor storefront of the Côte-St-Luc shopping centre.

It remained there until the library moved to a new building it shared with city hall in 1986. London had a hand in designing the building, emphasizing a warm atmosphere. She made suggestions about the architecture, picked out the colours on the walls, and even found and purchased an old stained-glass window from a Westmount mansion during a garage sale, which remains a fixture in the library. Throughout her tenure, she was known as passionate, detail-oriented and hard working, starting early in the morning and staying many nights until the library closed. She managed many aspects of the library, from the wide ranging to the minute, even occasionally pruning the library’s plants.

London retired after 36 years at the helm. The library was named in her honour during her last years on the job, but her personality and vision continue to guide the library even 13 years after her retirement.

She said she wanted the library to be “a cross between a hotel lobby and a Westmount living room. Plants, paintings and a fireplace.”

Under her watch, the library grew an extensive multimedia collection of DVDs, and audio files.

“That library would never be what it is without her determination, her fight, her intelligence and her unique personality,” Libman said. “She made it one of the most enviable libraries, not only in Montreal, but in the country.”

He added that London insisted the library be open every day of the year from 10 a.m. to 10 p.m., regardless of holidays, and when the city was merged with Montreal in 2001, she waged a public battle against a plan to reduce library’s hours.

While she fought for the good of the library, she also fought for love, which allowed her to be one of the first single parents in the country permitted to adopt a child. When she was 40, London adopted Mala, from India.

At the time, hers was one of 12 single-parent adoptions in Canada.

“It took three years of fighting and calling and never giving up hope,” she said in another interview in 1994.

Her determination paid off. London described Mala’s arrival from New Delhi at 18 months of age as “sort of like a miracle. She’s my best friend.”

“When I moved to Côte-St-luc at the age of 4, one of the first things my mom did was take me to the library where Eleanor would read books to us kids during story time,” Brownstein said. “In 1990, when I was first elected to Council, our relationship grew as Eleanor would tirelessly ensure her library remained the best. During the last couple of years as her health was failing, we stayed in touch by phone and her love for the library was always foremost in her heart. Her love for community and excellence in customer service is a legacy that continues to shine and will remain for always, thanks to all she has done for our city. She will be dearly missed.”

In hearing about London’s passing, Cohen wrote that the library will always reflect its founder’s vision.

“I have fond memories of Eleanor,” Cohen wrote on his blog. “I was four years old when the first library was established on the second floor of the Côte-Saint-Luc Shopping Centre. She was the visionary behind the library we see today, open seven days a week and the envy of every other municipality in Quebec. Make no mistake about it, this library will always have the Eleanor London touch. We are grateful for her invaluable contributions and extend our sympathies to her family.”

“She never hesitated to speak out and give her opinion,” Nashen wrote on his blog. “That was Eleanor’s way. The flamboyant and dramatic tall woman with long flowing silvery hair was a giant not only in the library world, but throughout the city. Her face was iconic and her name forever linked to our town.”

Brownstein has ordered the flags at city hall to be lowered to half mast in tribute to London. A book will be on display in the library for people to sign condolences. The city will hold a public tribute to London in the near future.

I worked at the library for many years on a part-time basis, starting as a shelver when I was in High School, then becoming part of the Circulation staff. I eventually learned a few of the full-time staff's jobs in order to be able to cover for them during vacations, doing everything at some time or another with the exception of jobs that required higher credentials (the library secretary and the librarians held jobs that were well above my skills levels!)

I didn't hear about Eleanor's death at the time of her passing, and was sorry to hear of it when I did. I do often wonder about Mala. I remember when she first arrived at the library and I remember her big smiles. I hope she is doing well.