JPPS-Bialik, located on Kildare Road in District 2, has made a very impressive hire. Their Foundation has announced the appointment of John Dore as he school’s new Athletics Consultant. 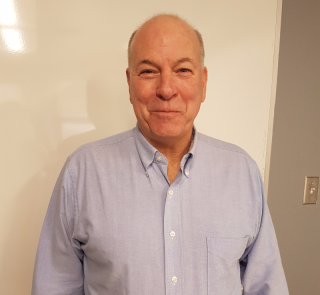 Dore is the former head coach of the Concordia Stingers basketball team and prior to that head of athletics at St. George's School. He  is considered a legend in college basketball, having taken his team to the finals 13 times. He has also been the recipient of key recognition awards and honors throughout his career from prestigious university sports organizations and has led several national teams, including Canadian entries at World University Games and the Maccabiah Games.

This new position is  considered a vital, driving component of the JPPS-Bialik new Project Fit initiative. Dore will no doubt be working closely with the school's Athletics Department which was ironically previously headed by Emerson Thomas, one of his former players with the Stingers.

Project Fit, as announced in August 2016, is an all-encompassing fitness/health program for the school that includes the building of a new state of the art field right on the JPPS-Bialik school campus. As the city councillor  for the district I will be following this closely to see about how we might be able to make this accessible to the community at large when school is not in session. There is even talk about an outdoor skating rink being built.

Project Fit is also designed to offer a specialized and dedicated school environment whereby students can participate and thrive in both competitive and recreational sports activities while promoting physical education, team spirit and a healthy lifestyle. Ultimately, the schools' objective is to have all students internalize and practice health-enhancing attitudes and behaviors.

Dore’s leadership and expertise is considered essential in the positioning of JPPS-Bialik as the leading sports school in this city and his impressive track record and experience is invaluable to the Project Fit development team. I  could not agree more. They found the right man!

The foundation is so lucky to have a legend as their new Athletics Consultant. Good for them.

13 times finals wow..! that's a champ right there? All the best Dore

Congratulations to the coach, show then the difference