When I decided to run for city council in the 2005 election in Côte Saint-Luc District 2 one of the first individuals I approached was Rabbi Mendel Raskin, the spiritual leader of Beth Chabad CSL. At the time his congregation was house at the Cavendish Mall in the old Eaton location. 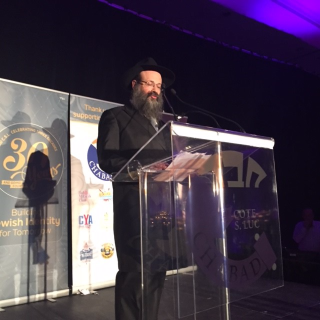 While Rabbi Raskin’s temporary Mall home was indeed in my district, Beth Chabad’s yet to be constructed grand facility at the corner of Mackle Road and Marc Chagall had yet to come to fruition. Zoning had been approved several years earlier, but the matter of financing had to be attended to.

Five years ago the beautiful Beth Chabad CSL Hechal Menachem Community Centre opened and as the district councillor I am proud to have played a role in facilitating this wonderful addition to our community. But where did it all begin? Thirty years ago Rabbi Raskin and his wife Sarah, a young newly married couple, arrived in Côte Saint-Luc. Rabbi Raskin was born and raised in Casablanca, Morocco; Sarah was a girl from Brooklyn. Beth Chabad CSL was born immediately in a small upper duplex on Earle Road. Armed with blessings from the Lubavitcher Rebbe and overflowing with enthusiasm and the will to touch every Jew, they embarked on a very important mission. Three decades later, Chabad of CSL is going strong and committed to intensify and broaden their horizons helping youth at risk.

That certainly came out loud and clear on Sunday evening, December 4 when I attended the 30th anniversary celebration of Beth Chabad CSL. I was pleased to join Mayor Mitchell Brownstein and most members of our city council at this classy affair, emceed by CJAD personality Tommy Schnurmacher. The special honouree was Ronen Basal of the BSR Group.  Ron’s company, which he runs with his brothers, is putting up buildings fast and furious. In District 2 alone, he is responsible for many of the town houses on the Quartier Cavendish site, the soon to be opened The Avenue apartment building and four new homes on Sir Walter Scott Avenue and Ilan Ramon now under construction.  Ron told me that he has purchased the land just in from of Beth Chabad on Marc Chagall, which is presently zoned for a small commercial facility. He said that a proposal will be coming to council soon. 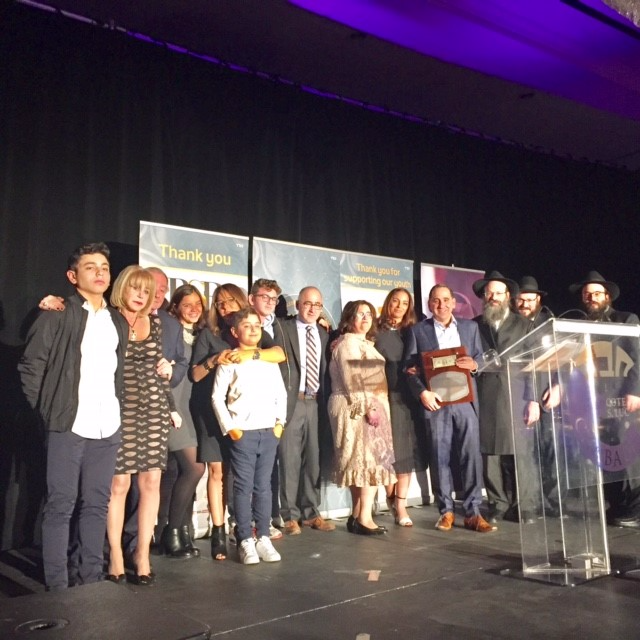 Ronen was chosen as the honouree for a number of reasons. For one thing he stepped forward and provided the brickwork to complete the exterior of the Beth Chabad structure. Now he and Richard Stern of Olymbec are undertaking the building of the Beth Chabad mikveh, which should be ready soon. 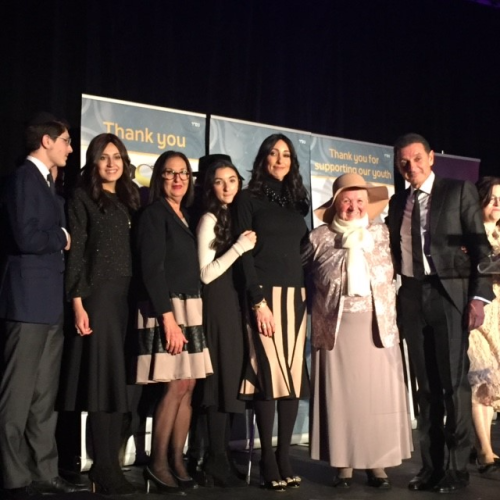 The honourary chairman of the evening was Gad Bitton, a noted philanthropist whom I am proud to say had his locker next to me when we attended Wagar High School. He has gained notice for his success in the automobile sales and leasing business. 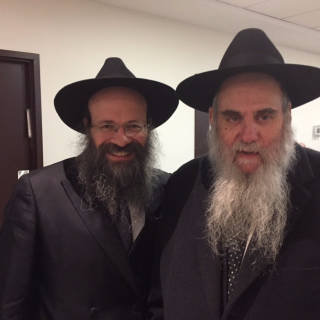 Special guests included  Rabbi Moshe Kotlarsky, the man responsible for Chabad Shluchim (emissaries) around the world. He is an extraordinarily charismatic individual whom I had the chance to talk to one one-on-one in the company of Rabbi Raskin. As the director of the International Conference of Chabad-Lubavitch Emissaries and Vice-Chairman of Merkos L’lnyonei Chinuch, he is the public face of Chabad, visiting heads of state and opening new Chabad centers worldwide.

Then there was world renowned mentalist Haim Goldberg, the evening’s entertainer.  This product of Israel had everyone in awe of his talents. He is an Israeli-Canadian mentalist, and host of the television series GoldMind.

The hors d’ouevres and main meal were outstanding and the Raskins outdid themselves with the professional videos they had produced about Beth Chabad CSL’s history and another on Ronen Basel.

As everyone repeatedly pointed out, Beth Chabad CSL is not merely a synagogue – it is a community centre that does so much good for our city.

As Rabbi Raskin emphasized, Beth Chabad CSL was  founded on the principle that while Jews embrace many levels of observance in their personal lives, there should be a place for all Jews no labels, no affiliations. They develop a sense of community and enhance the experience of being Jewish. They have successfully catered to hundreds of families from all backgrounds, offering Jewish educational programming in an accepting and innovative setting where all feel welcome.  The goal is to create a positive Jewish experience for everyone as they strengthen their ties to the Jewish community.  “Beth Chabad CSL is a place where every Jewish person is welcome - regardless of affiliation or level of knowledge,” said Rabbi Raskin. “Our sole purpose is to create a warm welcoming environment to explore and experience our heritage in a non-judgmental and inviting atmosphere.”

Mayor Brownstein recalled how he travelled to Casablanca many years ago and enjoyed dinner in the Sukkah of Rabbi Raskin’s parents. At the same time,  his wife Elaine was in Raskin Sukkah in CSL. 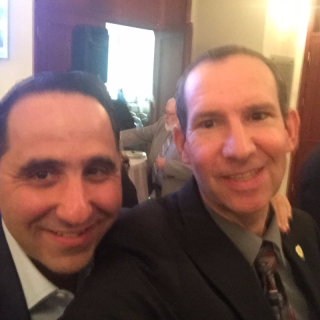 Me and Ron Basal.

As president of the BSR Group, one of the largest real estate development firms in Montreal, Ronen Basel has been the driving force and raised much needed funds for many community projects.  BSR Group specializes in residential projects.

It was an absolutely wonderful evening. Congratulations to the Raskin Family and their entire team!