While the Quebec government studies the issues of dangerous dogs and consults with municipalities, many of which have already implemented bans on pit bulls in particular, the City of Côte Saint-Luc is reinforcing an existing bylaw.

Our most recent bylaw regarding dangerous dogs was adopted in 2009. In the wake of a series of high-profile dog attacks, our Public Safety Department has sent letters to current owners of pit bulls in our community that we have on record, asking that they be muzzled. This will be extended to other dogs we deem to be potentially dangerous.A

Alanna Devine of the Montreal SPCA has let me know how she feels about the issue."Breed specific legislation is ineffective, unenforceable and unfair," she noted. "It doesn’t do anything to make communities safer and punishes responsible dog owners who happen to have dogs that look a specific way. Even with grandfather clauses,  many adoptable dogs and puppies in shelters will be condemned to death because there will be nowhere for them to go. They won’t be able to be adopted because of the way that they look."

According to our present bylaw, a "dangerous dog" means: a dog which has a propensity, tendency, or disposition to attack, bite, threaten, or injure, with or without provocation, any persons, property or other animals; with or without provocation or physical injury, attacks, bites, or threatens any person, property; a domestic animal that has been trained for dog fighting or to attack upon a command . In the event that the owner and/or custodian of a dangerous dog fails to comply with the obligation to muzzle the animal when on any public property throughout the city of Côte Saint-Luc, he shall be liable to a fine. 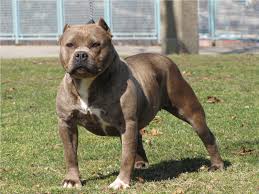 Is this strong enough?  I do not think so, given recent events. This is why we really need the government to step in. As the city councillor responsible for Animal Protection, I know how it must feel for someone who has a pet they love, only to be threatened to have it taken away via legislation. Several municipalities do have laws on the books banning pit bulls. However, they are not the only breeds that pose a threat. We will wait to see what the Quebec government decides for that will impact on our future actions. An advisory group, though, does not appear to pushing for a pit bull ban according to this report. In the meantime, I wish to urge the owners of dogs considered to be dangerous to please use a muzzle.

Again, Alanna commented: "Responsible dog owners who happen to have a dog that looks a certain way end up being harassed and discriminated against – and forcing dogs to have muzzles reinforces the false notion that these dogs are somehow ‘dangerous’ – which is scientifically untrue."

The City of Laval wants Ottawa to make changes to the Criminal Code of Canada to create uniform rules across the country to deal with the problem of dangerous dogs. Right now, it's possible to charge owners of dogs who attack people with criminal negligence, but it rarely happens. Laval Mayor Marc Demers said that the article in the Criminal Code dealing with criminal negligence should be amended to make specific reference to the responsibilities of dog owners."We would like the federal government to do its homework, so it would be all across Canada the same thing, it won't change from city to city," Demers told CBC News."That way, across the country, if you bring up your dog to be vicious so he may attack somebody, you are responsible for that."

In recent weeks we have had some disturbing incidents in our own community. At one park, three people with large dogs (a pit bull, a rottweiler and another breed ) were approached by a Public Security agent and asked to leave the premises with the dogs. The owner responded that her dogs were trained to attack on command and loosened her grip on the leash. Fearing for his safety, the agent called immediately for police back-up who arrived, handcuffed the woman in the back of the police car and pointed a Taser at one of the men. Police declarations were filled out and we believe charges were filed against one or all of the individuals involved.

Meanwhile, we had a pit bull attack when the dog escaped from a ground floor apartment and attacked a pug. The dog in question already had a muzzle order in place. Public Security and police were on scene. We issued tickets and the police pressed criminal negligence charges against the owner.

As of January 1, 2017, any dog on a list of banned breeds in Quebec City will be prohibited. Anyone caught with a banned dog will be subject to a fine of up to $1,000 for a first offence. The City of Montreal is working to come up with a uniform set of rules regarding "dangerous dogs" across its 19 boroughs, but won't say if it's leaning toward an all-out ban on any particular breed. Here is a recent TV report.

In Ontario a pit bull ban was proposed in 2004 after a number of cases in which people were badly injured in pit bull attacks. It was passed in 2005. "The legislation bans pit bulls in Ontario, places restrictions on existing pit bulls, and toughens the penalties for the owners of any dog that poses a danger to the public," Ontario's Ministry of the Attorney General says on its website.

I just hope that before they ban specific breeds like pitbulls, they will dig deeper to the problem. These dogs won't be able to attack other living things outside their territories if their owners secured them properly. Pitbulls aren't the problem here... it's their owners.

Instead of taking them away, why don't you guys penalize the irresponsible owners instead?

I don't agree with punishing specific dog breeds, but I think local gov't (city, police, public security, etc.) need to adopt much stricter rules for bad dog owners that pose a danger to the public.

Case in point: I live at 5501 Adalbert, an apartment building of 220 units, run by CLV Group, in Cote St. Luc. There is a tenant in our building that keeps off-leashing his two medium-large dogs on the grounds. One is a pit (or pit mix) and the other is a husky or malamute type dog. I've also seen them running wild on various nearby streets and properties. Recently, both of his dogs attacked my dog, biting her on the neck, but didn't leave any noticeable marks. My 9 year old dog is unable to defend herself; she has a mast cell cancer and between the cancer and months of ongoing chemotherapy (Centre Veterinaire Rive-Sud .. it's far, but our local vet recommended the oncologist there), she has lost a lost of muscle mass and strength. Plus we keep her on a leash!

We are desperate for a solution. We have contacted building management, and they write us nice sympathetic replies, but nothing has changed about the situation in months. We have contacted 911, station 9 police, and the lt. in charge of security at CSL, all multiple times. It seems that no one can do anything, not even if we were to film it! They have to witness it themselves, which won't happen, because even if they say they will send a patrol, the tenant is always long gone by the time it arrives. The police at station 9 have advised us to move ... that is their solution. The situation is dangerous, but it seems that everyone is waiting for a tragedy to happen first, before anything will be done. Or we could just move away ourselves. Those are the options. To me, this is a ridiculous state of affairs; citizens should be entitled to more protection than this from other dog owners who clearly have no interest in being safe and responsible with their pets. Pet ownership should be privilege, not a right!

CSL Security and the police did catch him once, on the crosswalk spanning CSL road near Adalbert and the CN lines, during this past summer. But it did not deter his behavior at all. Police also went to his door and warned him that it would be his "final warning". His response? To them he acted scared, but a week later, he was back at it again, unleashing his dogs on the property, and this time using the exit closest to our own apartment! Further complaints to the police brought about their recommendation that we just move away. They caught him that one time on city property and they warned him that one time when his dogs bite mine. But, when he stays near the apartment grounds, then he has plenty of time to leave, and they don't catch him in the act and won't even do anything, unless there was actual damage i.e. unless or until a tragedy already occurs. This is a definite disaster in the making; it's only a matter of time; but, there is no one able or willing to help, and we really need that to change, before a tragedy does occur!

Mike Cohen, if you're reading this, as a fellow CSL resident, I could really use your help on this. Thanks.