Home Categories Posts by email Search
Clients who buy insurance deserve to have trust and confidence in the process
New Shell, Boni Soir and car wash open on Cavendish Boulevard

“An important step forward” is how David Birnbaum, MNA for D'Arcy-McGee, described a resolution adopted at last weekend’s Quebec Liberal Party’s General Council calling for the implementation of the long-awaited Cavendish extension. The final resolution, including an amendment brought forth by the D’Arcy-McGee Liberal Riding Association, was overwhelmingly adopted. 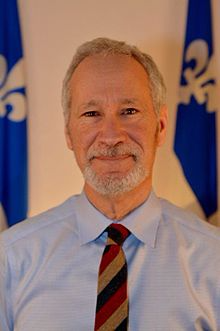 The original resolution, proposed by the Nelligan Riding Association proposed that: “The government recommend the opening of Cavendish Boulevard between Saint-Laurent and Côte Saint-Luc to provide a north-south alternative to motorists from the West’’. Significantly, Nelligan is the riding of Municipal Affairs and Public Security Minister Martin Coiteux, who has a key role to play in orchestrating Quebec’s participation in the project.

The D’Arcy-McGee delegation to the weekend congress, led by President Orna Hilberger, strengthened the resolution by proposing the following amendment: “The government recommend and participate, with the other levels of government, in the financing and execution of the opening of Cavendish Boulevard between Saint-Laurent and Côte Saint-Luc to provide a north-south alternative to motorists from the West.’’

Cavendish is much more than a plan to reduce West-end traffic congestion, Birnbaum insisted. With the future developments of Namur-De-la-Savanne, including the Triangle, the Blue Bonnets site and potentially, the Quinze-40 shopping-centre project, Cavendish represents perhaps the central economic hub of activity for all of Montreal over the next 20 years. “I know that the residents of D’Arcy-McGee have been waiting a long time on this file. My colleagues in our government, and at every level of government, are working to make sure we see action, and soon.”

Birnbaum will host a summer fundraising cocktail on Monday, June 6 ( 6 pm to 8 pm) at Ecole Mosaique at 5621 McMurray Avenue in CSL.  Attendees are asked to make a $100 donation to the Quebec Liberal Party. For more information call Fran Gutman at 514-462-8671 or e-mail darcymcgeeqc@gmail.com. A prominent Minister from the government will speak.