With advance polls  set for Sunday, April 3 and the by-election date for Côte Saint-Luc District 7 a week later - Sunday April 10 - we are in the midst of a spirited race to see who will  succeed our new Mayor Mitchell Brownstein as the  city councillor for that area, Mayor Brownstein and council with the candidates.

There are four candidates vying for the seat: Sidney Benizri, Mitchell Kujavsky, Lloyd Pedvis and David Tordjman. Following a suggestion at our March public council meeting by charismatic citizen Bryan "Waffles" Wolofsky that we help arrange a meet the candidates night, Councillor Allan J. Levine and I raised the subject in caucus. Everyone was in agreement that this would be a good idea. I picked up the phone and called "Humble" Harvey Levine, the executive director of B'nai Brith Canada, Quebec Region. They ran a fine debate last summer for the federal election in Mount Royal. Harvey immediately rose to the occasion and recruited B'nai Brith Canada legal counsel Steven Slimovitch as the moderator. "Slim" grew up in Côte Saint-Luc and his parents still live here. In fact, the night of the debate he dropped into the place he was raised in and enjoyed a nice home cooked meal with his parents.

Since Côte Saint-Luc was reconstituted, we have never had such a candidates meeting. For the residents who turned out, it was a difference maker. They had this unique opportunity to hear each candidate respond to some well thought out questions by Levine and Slimovitch.

Each one of these gentlemen handled themselves very well, with opening remarks, closing statements and pretty good answers to questions they could not prepare for. Slimovitch asked them about traffic calming near the two schools in the district, quick access out of the city despite traffic on Heywood, new ideas they had for the district, the Cavendish extension, library services, prohibiting parking in some high traffic areas, upgrading parks and snow removal.

As the candidates continue to go door to door, I would like to take my hat off to each of them for running clean campaigns and showing each other the respect they deserve.

We have delayed our next public council meeting until Tuesday, April 19 in order for the new councillor to join us. Best of luck to all!

Here is a video of the evening. 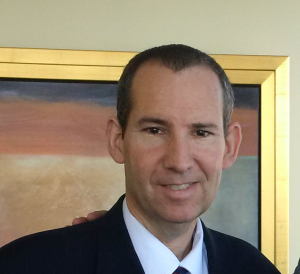