Manoire Montefiore, the upscale and beautifully maintained seniors residence located at the corner of Cavendish Boulevard and Mackle Road, has shut its doors less than a year after the owners, Réseau Selection, made the official announcement. At the time they indicated it could take as long as 18 months to ensure that the residents all found new homes. 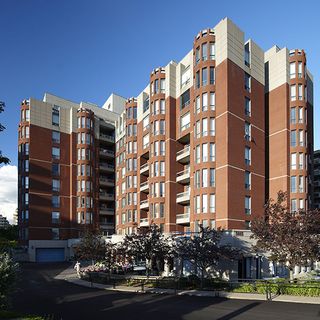 As the city councillor for the district I was advised today by André Grégoire of Réseau Selection that the process of relocation has concluded. Eighty-five of the residents have moved to another Réseau Selection property - likely Le Waldorf on Côte Saint-Luc Road -while 15 percent went elsewhere.

Grégoire says that each resident and their family was given individual counselling in terms of selecting a new place to live as well as getting compensation equivalent to three months of rent to assist with the relocation costs.

The building is now up for sale. Unless it remains a senior residence, any change in vocation will have to come to council for a zoning change. It will be interesting to see what transpires.

There were only 65 units occupied at the Montefiore at the time of last year`s announcement to close; the average was 90. This means they were operating at about 50 percent capacity.

Manoire Montefiore opened in 1989. In my 10 plus years as a city councillor I made many visits there to attend events and speak to the residents. It was always such a pleasure.