Côte Saint-Luc mayoral candidate Mitchell Brownstein has formally launched a robust campaign in advance of the April 10 by-election to fill the void left when Anthony Housefather resigned in order to become the Liberal Member of Parliament for Mount Royal. 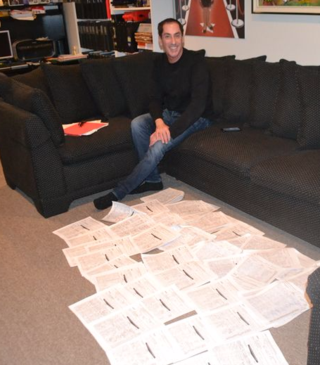 Brownstein looks over his nomination papers.

Brownstein formally resigned as city councillor for District 7 in order to allow for concurrent by-elections for both his seat and the office of mayor. Last Friday, February 27, he filed his nomination papers at City Hall with almost 2,000 signatures which represents about 10 percent of the electorate. Soon after, he and seven teams of 30 volunteers hit the streets to put up his very colourful campaign posters which now dot the city. Brochures are now being delivered to every door in Côte Saint-Luc while a door to door campaign which began weeks ago continues at a steady pace, as do regular speaking engagements.

“Although I only needed a small number of signatures, I have used the opportunity of going door to door over the last month to collect added signatures,” said the Brownstein. “I intend to continue to reach out to as many of the 34,000 residents as possible. This is just the beginning of my campaign to become a mayor who is a friend to the entire community. Even though I do not currently have an opponent I want to make sure to let Côte Saint-Luc residents know that I will always be accessible and available. I will continue to do so throughout my mandate, just as I did for the past 25 years as a city councillor. 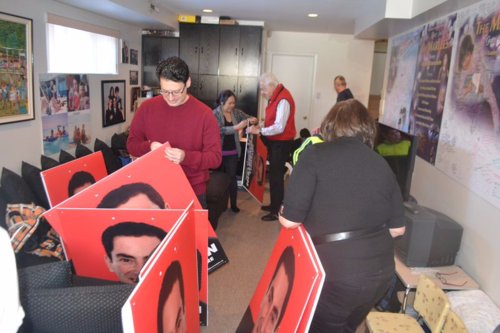 Brownstein is supported by the entire city council, as well as Housefather and such well known local personalities as former MNA Lawrence Bergman, former Councillors Joe Panunto, Harold Greenspon, Richard Schwartz and Isadore Goldberg and businessmen Gerry Weinstein, Jean Alloul, Ariel Sabbah and Jack Dym. A lawyer by profession, Brownstein was first elected in 1990 and has been at the forefront of many important issues facing Côte Saint-Luc, Quebec and Canada. The happily married father of three has held the portfolios of Public Works and Parks and Recreation, introduced the Fun Card providing access to CSL recreational facilities at an annual nominal fee, and established the Cöte Saint Luc Dramatic Society. He actively participates in the programs and facilities the city has to offer regularly swimming in our pools and acting in the Dramatic Society productions.

The Mayoralty election is scheduled for April 10 and the Brownstein team intends to keep working for every vote.