The decision to modify library hours

In December, Côte Saint-Luc  City Council completed an exhaustive budget process in which certain cuts had to be made in order to balance our books.

The way this works is  that department directors review their own budgets and come back to us with recommendations. In the case of our fabulous library, we wanted to ensure that its first class service was maintained and that any measures taken would have the least effect possible on the membership at large---some 15,000 people.  We were told by the library director that on weekend evenings there are an average of 10 to 25 people on site and that the cost to maintain those hours was $125,000 a year.  Council subsequently agreed that the library hours would remain 10 a.m. to 10 p.m Monday through Thursdays, but that on Friday,Saturday and Sunday evenings we would close at 6 p.m. 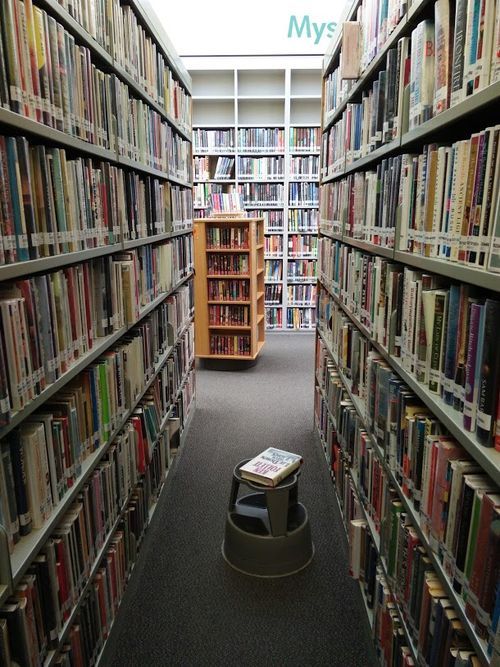 Naturally we are saddened when there are any cuts to library service. However the city has looked at a variety of ways to cut costs across the city with the overall goal of keeping taxes down. Cutting library hours and aligning them with the hours of other suburban municipalities was a way to allow the other great services that the library provides to continue such as home delivery; catering to children, families, schools and daycares; outstanding cultural programming, including concerts, exhibits and support for CSL artists; literary programs, and the many other things that we deliver to the community.

I believe our city should be commended for focusing our attention on continuing to deliver these outstanding services that have high impact value to many rather than focusing on low attendance hours that deliver service to a few.

I have personally received a number of calls and emails on this subject. I responded to every one of them. Only a small few refused to engage in a dialogue with us, choosing to utter threats instead. All of the others were polite and once having digested our explanation agreed that under the circumstances we made a logical decision.

“Thanks so much for your detailed reply and for the time and effort you put into kindly providing me with the detailed financial rationale for the cuts,” wrote one woman. “Having worked at Batshaw Youth and Family Centers for the Quebec Ministry for Health and Social Services, I have experienced first-hand the kind of necessity that drives decision-making on budget cuts. I acknowledge that the detailed context you describe does speak to a principled rationale for the cuts. As for using the library on a weekend evening, I have in fact often dropped by late on a weekend evening, if only to drop off books or quickly browse the new arrival shelves. But with such a price tag, thank you, I know I can do without."

Can we assist those individuals who consider it important to have somewhere to go on weekend evenings? I am certainly open to exploring that. Our Library Lounge at the Aquatic and Community Centre remains open most nights until 10 p.m.as a quiet place to read every day as well.

In December, as he completed his term as acting mayor, Councillor Glenn J. Nashen wrote this piece about the library on behalf of the entire council. I believe it covers all of the bases.

From Florida, former Men’s Club president and one-time Town of Mount Royal councillor Sidney Margles shared his perspective on the revised hours at the library.

I have just read the open letter from Sharon Zajdman and would take this opportunity to spell out a few facts of life for her. The Côte Saint-Luc Library stands out among city libraries and it is supported almost entirely by taxpayers as a place to borrow and obtain books, records and films for use in our homes. And even after what I feel are minor changes, the Library is an example of a prime service. Every so often, as is the case in most well-administered communities, services must be reviewed and updates implemented as necessary. For those of us who use the library, and I take out an average of 3 books a week when in Côte Saint Luc, the cutting off of a few hours on week-ends, particularly in the evening when very few citizens but many staff could be found on hand, the decision to curtail some hours was no surprise. I would have thought it should have been done several years ago.

Ms. Zajdman feels that the library is for people with nowhere to go. That is not the object of a library. Regrettably, there may be the odd person who has spent the week-end evening sitting around at the library, but at what cost? Additionally, Ms. Zajdman errs when she refers to the A.C.C. as having cost $22 million when in fact the total was less than $17 million, of which the city paid only one-third.

If a person has nowhere to go on Saturday or Sunday evening, he/she could always go to the A.C.C. to sit around in the unattended library reading room there, or maybe catch swimmers or basketball players in action.As for those who have been laid off, yes, it is unfortunate and the timing might not be the best, but they were temporary workers and had to know there was always the possibility that their positions would be eliminated. I have made some inquiries and learned that the anticipated saving is about a quarter of a million dollars and that other necessary compressions have also taken place in other municipal government areas. Hopefully none should adversely affect the terrific public service rendered by Côte Saint-Luc’s managers, staff and elected officials. At a time when many costs are rising and revenues are not necessarily keeping up with the times, even with some cuts, a mild increase in our property taxes had to be implemented.

Would Ms. Zajdman have preferred that all our residents pay more in their property taxes instead of acting responsibly as they did?