Two District 2 residents currently have some interesting exhibitions at the Côte Saint-Luc Eleanor London Public Library. I have been to see them a few times already and would recommend you do the same.

Stanley Sklar, who resides on Mackle Road, is presenting a lovely display of three dimensional art. Stanley has been involved in the arts his entire life. Whether it be through painting, studying, or a career as an award winning fashion designer. This culminated in his newest art form. His 3D sculptures engage the audience. Meticulous attention to detail; from the hand-crafted bricks, worn stairs, to the people who inhabit each neighbourhood, makes this art unique. Stanley is keen on sharing his knowledge and vast experience with students as a teacher at the Cummings Centre. It can be viewed in the fiction section of the library. 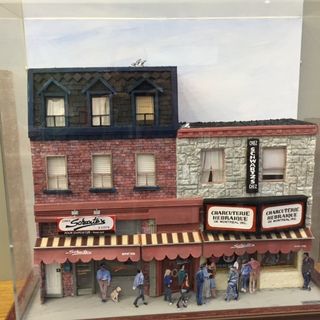 Stanley’s passion for art began at an early age. He was an award winning fashion designer and studied at the Fashion Institute of Technology (F.I.T.) in New York and at Ecole Contoir Caponi in Montreal. He then pursued his studies in Fine Arts at Ecole Des Beaux Arts . Stanley also taught the art of draping at the former Saidye Bronfman Centre.
Throughout his career he always continued painting and evolving as an artist, working often on glass. Fascinated by reflections that light cast on his images, he continued creating three-dimensional architectural sculptures. This culminated in his latest art form. His imagination transforms his houses into homes. Meticulous attention to detail; from the hand-crafted bricks, worn stairs, to the people that inhabit each neighbourhood,makes this art unique. These sculptures are encased in clear lucite boxes. They may be displayed free standing or hung on a wall.

This art may be purchased or commissioned to capture everlasting memories of your home to be shared for generations.
“I retired from my career in the fashion industry three years ago and I decided to focus on my art full-time,” he said. “I am being called by people to do these type of architectural sculptures of their homes and businesses. I did one of St. Viateur Bagel. The owners not only bought and displayed it, but they have now moved it to their new location in Laval. A lot of my work has been showcased in galleries. As a Côte Saint-Luc resident this is my first time doing so at the library and the response has been wonderful.” 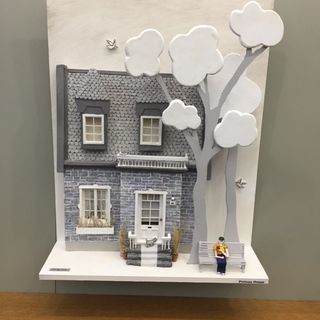 Recently Stanley was contacted by noted sculpture artist Shalom Bloom, whose magnificent work will be part of our revitalized Pierre Elliott Trudeau Park in 2017. He wants Stanley to work with him on that project.

David Chandler resides on Sir Walter Scott Avenue. His exhibit runs until January 31 and is titled "Antique Maps from the Holy Land to New France.” It can be viewed in the Community Art Space section of the library.The exposition consists of 56 maps printed between the late 16th and late 19th centuries that depict either the Holy Land and surrounding areas, or early North America (including Montreal). In the 1980s David began using antique maps as aids while teaching history and geography classes. Since this time, David’s collection has grown to include thousands of maps from all parts of the world. 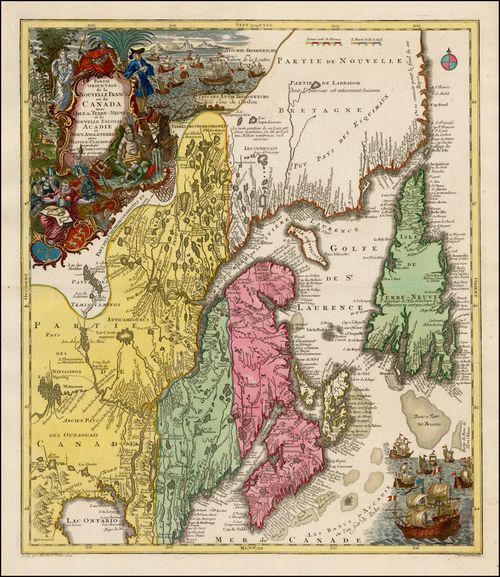 David is a retired teacher. He spent 32 years at Rosemere High School as a geography, history and economics teacher, as well as doing clean-up duty in several other subjects. “I began using using reproduction antique maps in my classes in the 1980s and in 1987 I began openly buying and selling them by becoming an antique map dealer under the name Ptolémée Plus Antique Maps,” he told me. “Although maps are often found in used book stores and antique shops. Ptolémée Plus is the only company dealing exclusively in antique maps. My interest in maps has been life-long: when I was aged 14 and knowing nobody upon arriving in a new town I undertook to draw a map of the place using my bicycle. I also host a group of map/history aficionados known as Café cartographique , which I hope to bring to the library in January.” 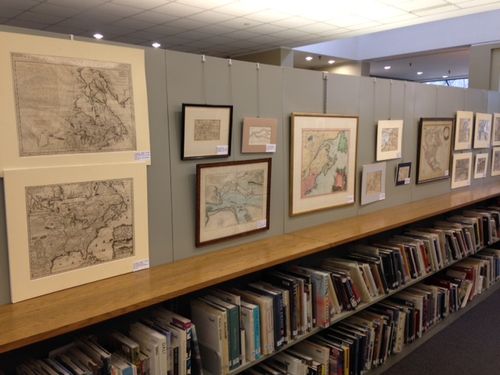