Observing the turn at the Avenue and Cavendish

Laurence Paperman
Car detectors have the advantage of optimizing the various movements of an intersection.  That is, when a particular movement is not required,green time is re-distributed to the other directions and to the pedestrian crossing times.
Our new  Urban Development Coordinator Marianne Zalzal will be analyzing the traffic light cycle at the intersection and verify if any improvements can be made.  In the interim, we will repair the one that is not working since.
While some people have suggested the implementation an automatic left turn, this Ms. Zalzal correctly points out would delay unnecessarily the other movements, including the pedestrian time.  "I have already observed that this intersection has a high volume of pedestrians and they often cross before waiting for the pedestrian light to be activated," she says. 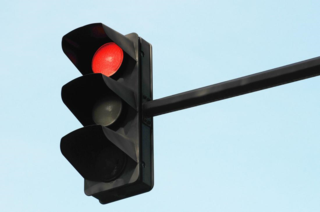 One of the other things we need  to do is improve the signage pertaining to the sensors. That would include painting the symbol for vehicle detection on the asphalt surface. Given the time of year and the weather, this will have to wait until the spring.