Funeral for Rabbi Shoham was fitting for a head of state

Funeral services were held on Tuesday, September 22 in the Sidney Shoham Sanctuary of Beth Zion Congregation in Côte Saint-Luc for one of the most legendary figures the Montreal Jewish community has ever seen -Rabbi Sidney Shoham. 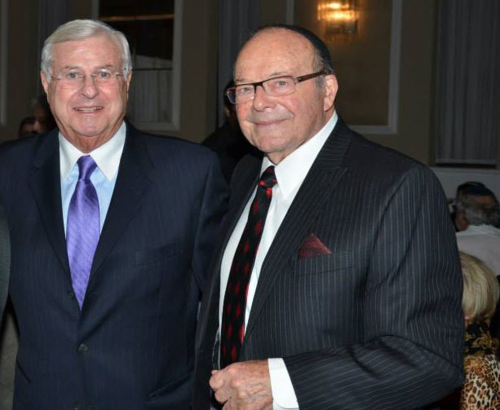 This was a funeral befitting a head of state, with some 1,500 people jammed into the sanctuary which bears Rabbi Shoham`s name. People had to park their cars blocks away. Virtually every member of the local rabbinical community was represented in a special section.

Joe Presser, a past president and long-time leader of the shul, greeted me at the door with tears in his eyes. "I just can't believe it," he said. "I was with him Sunday night. We were all with him. He was as normal as can be."

It is ironic that Rabbi Shoham, the  man who built Beth Zion  from scratch 60 years ago, was front and centre at the synagogue's annual Cantorial Concert on Sunday, September 20. He spoke to the capacity crowd throughout the evening and as was customary did his rounds during the reception and seemed  to share a word with so many people I met at the funeral.

Rabbi Shoham would have turned a "very young" 87 years of age in November. His death comes as a shock to all who knew him for this man had a lot of living left. Every day of his life he continued to make a lasting impression upon everyone he came into contact with.  I frankly cannot remember a time since I was old enough to know who he was - so as a toddler- that I did not interact with him in some fashion. When he retired nine years ago I wrote a tribute column about him in The Jewish Tribune. Upon news of his death, I updated and expanded upon that article on my blog on The Suburban Newspaper website. You can read it all here.

It was with a heavy heart we all watched the coffin brought into the sanctuary, followed by his understandably devastated family members. I must say that it just did not feel real. How  could Rabbi Shoham, a rock in so many of our lives, no longer be on this earth? 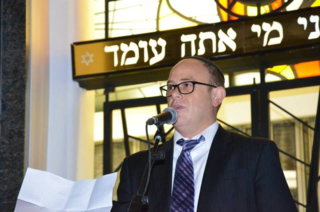 Rabbi Boruch Perton, the present-day senior rabbi at Beth Zion, said quite correctly that the synagogue had lost the captain of its ship. He said that last month he approached Rabbi Shoham about giving his annual and much anticipated sermon during Yom Kippur  services. "I do not have the energy," he quoted Rabbi Shoham as saying. "I'll think about it and let you know."

Rabbi Perton was persistent and finally Rabbi Shoham agreed. He was scheduled to address the congregation on Yom Kippur September 23.

Rabbi Reuben J. Poupko, the spiritual leader of Beth Israel  Beth Aaron Congregation, called this "a sudden and tragic loss. He made everyone feel important, whether you were the superintendent  or the president. With Rabbi Shoham there was no pretense. It was honesty and sincerity. His heart loved everyone."

There were words love and appreciation from Rabbi Shoham's grandchildren. Asked one of his granddaughters: "How can the man who was the master of eulogies be eulogized?

Rabbi Mordecai Zeitz, now the Rabbi Emeritus at Beth Tikvah Congregation in Dollard des Ormeaux, was among those on hand at the Cantorial Concert on September 20. "He was at the top of his game," he said. "At the end of the night we shmoozed. I wished him a Shana Tovah. He hugged me, which was rare and pinched my cheeks.  For the past 50 years I have known him he set an example of kindness and friendship to all. He has been my personal role model. He had the ability to mesmerize us with his words."

It was an emotional 90 minute ceremony and  at the end, even Herb Paperman  and his three sons -  Ross, Joseph and Lawrence - had a hard time to keeping it together, these men whose funeral home is the site of multiple funerals six days a week. How many times had they dealt with Rabbi Shoham these past six decades? 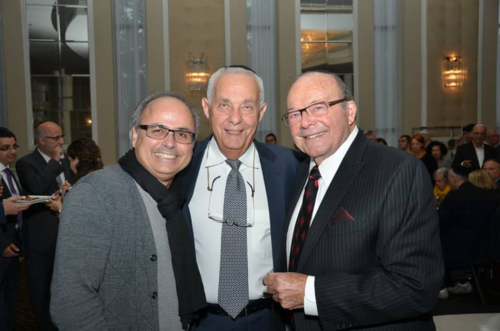 To say Rabbi Shoham will be missed is a true understatement. Côte Saint-Luc, Montreal, Quebec, Canada, Israel and the world has lost a true leader.  He was the Jean Beliveau of rabbis.