The Côte Saint-Luc Cats Committee (CSLCC) will hold a fundraising concert on Tuesday, August 25 (7:30 p.m.) at the former Wagar High School (5785 Parkhaven). Featured performers will be the Musicians of the World Symphony Orchestra, conducted by Joseph Milo and featuring Montreal singer, dancer and actress Nicole Raviv. She now lives in New York, where she has performed in a number of Off Broaday productions. 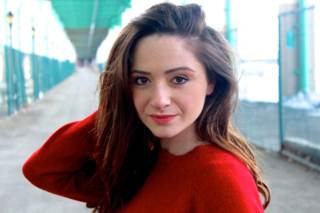 Funds raised from A Bouquet of Classics and Other Fun Music will go towards the CSLCC’s Trap, Neuter, Release and Adopt Program and Educhat, the volunteer organization headed by Shelley Schecter, which has spearheaded efforts in Côte Saint-Luc and elsewhere. There are many feral cats in the community. The CSLCC’s team of volunteers sets out to trap as many as possible, have them sterilized and then adopted or returned to the spot where they were originally found. The committee has also rescued a number of kittens and found homes for them. The city has a cat licensing bylaw.

The CSLCC will honour the city`s treasurer Ruth Kleinman, Finance Administrative secretary Elizabeth Ruhry and accounting agent Maria Picciuto for their support they have given the committee. In addition, they have set a wonderful example for others to follow by feeding a homeless cat outside the library on a daily basis. They have even named him “Eli.” Stated Ms. Kleinman: “We are just supporting the mission of the Cats Committee. The three of us have cats of our own. My job is to manage the budget. Elizabeth and Maria go out of their way to help.” 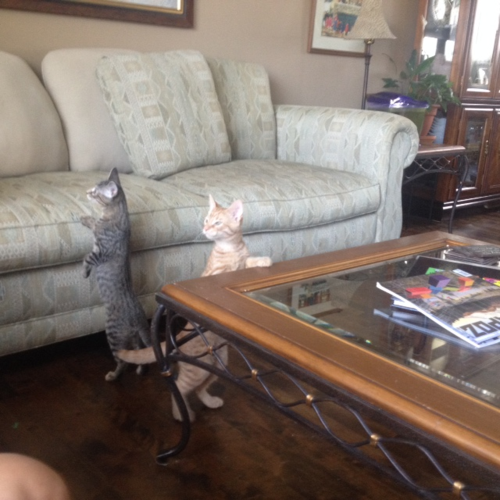 These two kittens were adopted last week via the CSL Cats Committee. They are shown here familiarizing themselves with their new home.

As the city councillor responsible for Animal Protection in the city I wish to note that the concert   will be an opportunity for people who love animals to enjoy an evening of fine music while contributing to a good cause. I also wish to announce that Nutrience Pet Food by Hagen and D’Arcy McGee Liberal MNA David Birnbaum, will be the evening’s official sponsors.

The Musicians of the World Symphony Orchestra (MWSO) was founded in 2006 by conductor Milo and his wife Lucy Ravinsky. This one of a kind orchestra was formed when it was discovered that a great pool of professional musicians, recently immigrated to Montreal, had no opportunity to make use of their valuable talent in their new home. The MWSO was created, not only to provide these new Canadians with the opportunity to engage in their main passion; making beautiful music in an orchestral setting, but to give them back the professional dignity they had enjoyed in their homelands and most especially, to share their wonderful talents with the music lovers of Montreal. The MWSO is composed of 55 musicians: about 80 percent of its members are from 15 countries around the world, while the remaining 20 percent are natives of Montreal who successfully facilitated the integration of the newcomers. To date, the orchestra has entertained Montreal audiences with over 30 performances, including several benefit concerts as well as having produced several recordings. The orchestra has also been selected as the subject of four documentary films. They have been rehearsing at Côte Saint-Luc City Hall for many years and as part of the arrangement, they agree to perform a free concert once a year.

The CSL Cats Committee and Educhat are the 2015 beneficiaries. Nicole Raviv is a singer-songwriter, actress and dancer. She was a child actor in the touring cast of The Dora Wasserman Yiddish Theatre and is a recent graduate of The American Musical and Dramatic Academy in New York City. Recent New York theatre credits include The Butterfly's Day (Off-Broadway), Be Our Guest (Off-Broadway), and Crossf 8 - A New Musical. Nicole has made TV appearances on The Good Wife and The Dr. Oz Show, and is currently working on her own EP album as a recording artist with producer Chris Young.

Tickets are only $10 each (tax included) and can be purchased now at the following locations: the main desk at the Eleanor London Côte Saint-Luc Public Library (5851 Cavendish Boulevard); the Côte Saint-Luc Aquatic and Community Centre (5794 Parkhaven Avenue); and the Côte Saint-Luc Hospital for Animals (7930 Baily Road), Tickets can be purchased at the first two locations by credit and debit card or cash and cash only at the Animal Hospital. Councillors Cohen and Sam Goldbloom note that information will be available that night for people interested in possibly joining the committee or adopting a cat. Educhat will hold a bake sale before the concert and at intermission.

The committee wishes to thank Jacques Monfette, Michel Leblanc, Hipolito Corral and the staff at the Marymount Adult Education Centre for their cooperation, as well as key event organizers Alvin Fishman, Harold Cammy, Maurizio Giobbi, Regine Banon and Lisa Milner for their help.