For more than a week the forecast for July 1 in Montreal was for steady rain. As the co-chair along with Councillor Glenn J. Nashen this year for Côte Saint-Luc Canada Day Celebrations, I was particularly concerned. We begin meeting in early winter, envisioning a warm summer day with thousands of people at our marquee Pierre Elliott Trudeau Park. Well our Parks and Recreation Department Director David Taveroff cautioned us not to worry. "The Taveroff forecast," he said, "says we will okay and there will be no rain by mid-evening." Councillor Nashen, myself and Judge Seal.

At  8 a.m. July 1 Councillor Nashen and I designated Councillor Steven Erdelyi to confer with Taveroff and key staff persons Cornelia Ziga, Laura Trihas and Communications, Public Affairs and IT Director Darryl Levine. It was raining outside and we knew it was going to get worse before better. Steven made the bold call not to cancel activities like some other municipalities did. A few programs had to be set aside, but we made appropriate adjustments. 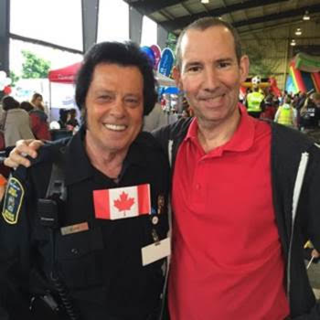 "Elvis" has left the building. Thanks Johnny Champagne!

By mid-evening the Taveroff forecast was right on the money. The rain stopped and thousands of people poured into the park where The Incredible Boris the hypnotist and the amazing Beatles band Replay were performing. We had the crowd that Professor Irwin Cotler deserved as we inducted the retiring Liberal Member of Parliament for Mount Royal into our Human Rights Walkway. Mayor Anthony Housefather, whom we hope to see succeed Irwin in that position in Ottawa come October 19, made an inspiring speech. Alexandra Cohen sang O Canada and then came a spectacular fireworks display. 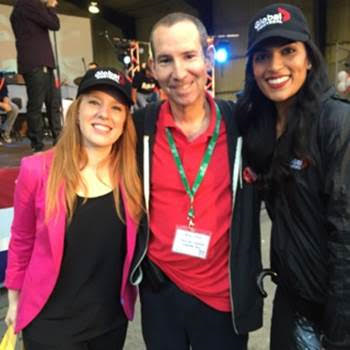 With Jessica Laventure and Camille Ross from Global.

The team from Global TV - Jessica Laventure, Camille Ross, Elysia Bryan-Baynes and Travis Todd- stepped in and handled hosting duties. We  had our usual uplifting start to Canada Day with a Canadian Citizenship ceremony, presided over by Judge Barbara Seal. This was moved to the friendly confines of our Aquatic and Community Centre. Thirty-eight new citizens from nine countries (Ivory Coast, Egypt, Morocco, Venezuela, France, Ukraine, Moldova, Israel and Columbia) were sworn in. 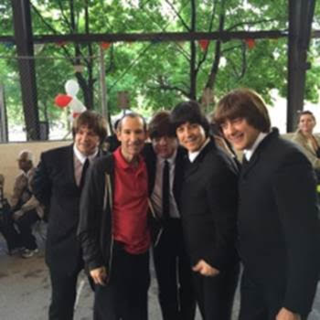 Back at the park it was raining on and off. But our covered Confederation Annex was humming with activity. Montreal Police Station 9 Commander Marc Cournoyer had his team out in force. There was even an electronic police car for the little kids to try. When our cupcakes from Scotiabank came out, there was long and healthy lineup. Replay started its first of four outstanding sets.

We paid tribute to a great man known to many as "Elvis." Public Security Officer Johnny Champagne is retiring from the job on July 21. He is adored by all of us and a bit of a legend for his Elvis sideburns. Director of Public Safety Jordy Reichson and Mayor Housefather paid tribute to Johnny, who we all miss on the beat.

The Incredible Boris dazzled us all with his hypnotism, bringing on the stage a slew of people and gradually weeding out those who were not reacting to his magic. Among those who survived the process was our very own Councillor Dida Berku, whom Boris had sweating it up on the beach, freezing in Alaska and prancing around like a sexy model. Hats off to my co-chair Glenn for adding this completely new aspect to Canada Day. 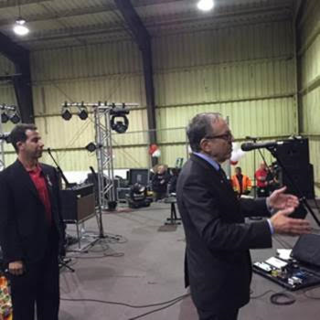 Darryl Levine put together a very nice video of the career of Irwin Cotler. Mayor Housefather then announced that the city will introduce an annual Irwin Cotler Award, open to students in local schools. Details on how to apply will be forthcoming. D'Arcy McGee Liberal MNA David Birnbaum was also on hand to extend his congratulations to Cotler.

I must raise my hands and applaud  Replay The Beatles. I have been communicating with group leader John Oriettas for a few years now via my various newspaper columns and promoting his gigs. For one reason or another,  I never got out to see them perform. We were excited about booking them and what a show they put on. Young and old alike were rocking and rolling to their favorite Beatles tunes. They were outfitted in different Beatles attire and brought the house down!

Canada Day is a true team effort on the behalf of our staff. It involves virtually all departments, from Parks and Recreation and Communications to Public Works, Public Safety and volunteers. Next year's event will not take place at Pierre Elliott Trudeau Park due to major renovations being planned so an alternate venue will be chosen. Stay tuned! 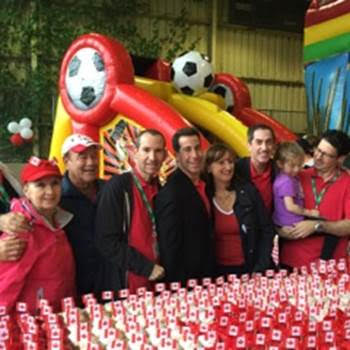 Cupcakes were a big draw. 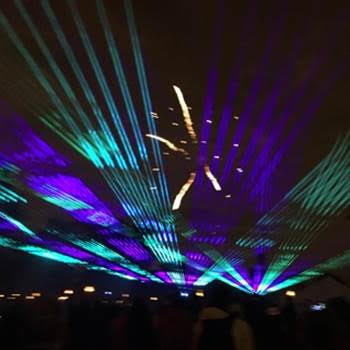 Our laser and fireworks display.