I was 14 years old when I first met Jean-Claude Raby, who at the time worked at the Samuel Moskovitch Arena. This was an exciting time for kids like me. Growing up there was no arena in the city, so we had to play our games at the Montreal West Rink. When Moskovitch opened, under the leadership of the late Wally Freestone, it was Jean-Claude and a fellow by the name of Dave Sevigny who drove the zamboni and attended to other important matters. I played in the system, but only two years later I crushed two vertebrae on the spine and my active career was over. I turned to writing about minor sports for the local papers and certainly became a "rink rat" by getting jobs as a scorekeeper, equipment manager and ultimately a referee. 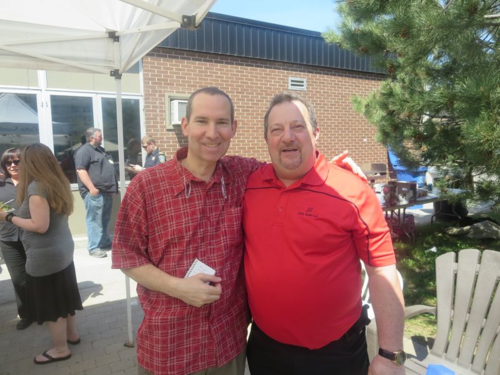 I bid Jean-Claude a good retirement.

Jean-Claude stayed at the arena for 10 years and then moved next door to Public Works where he remained for 28 more years. On Friday, May 8 friends and colleagues gathered in front of the Public Works headquarters on Mackle Road to give him a nice sendoff. For the last many years he fulfilled the important role of foreman for parks and roads. 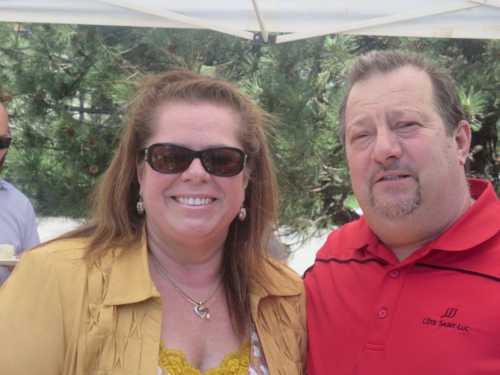 "Jean-Claude started working for the City in 1977, the same year that he married his wife, Celine," recounted Beatrice Newman, our newly appointed Director of Public Works. "He started as an arena attendant and continued on to become the Zamboni operator. He moved on to a position at Public Works, as a light vehicle operator. During the merger and until the de-merger, J-C became the Team Leader for the Roads division. In 2006 he became a Public Works foreman, handling all things operations at different times for roads, signs, parks, waste and snow removal. Jean-Claude has been an invaluable employee, always willing to do his best for the residents and the city. He leaves with many memories from growing together with the city over the past few decades and we wish him the best for a wonderful retirement that he`ll share with Celine. After 38 years of service to a city that he respected and cared for, we wish him  many years ahead filled with great joy and relaxation." 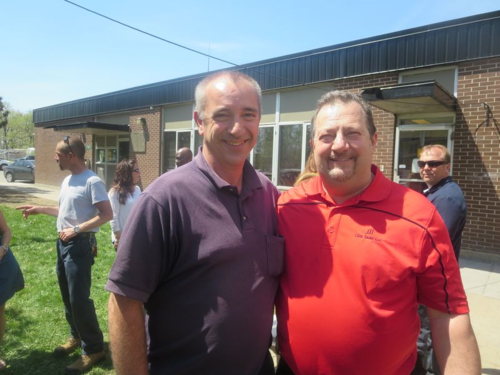 You could see the warmth in which Jean-Claude was treated at his farewell. I am proud to know him and privileged to have spent the past decade as a city councillor where I have been able to see up close and personally what a value he added to our community.

"I am looking forward to my retirement," he said. "We have two kids and seven grandchildren so that will keep me busy."