There is good news on the local healthcare front and it comes from a prominent Côte Saint-Luc resident: Dr. Lawrence Rosenberg, President and Director-General of the CIUSSS du Centre-Ouest. 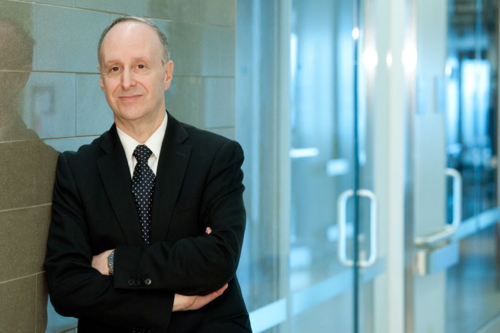 According to a press release issued today, before Bill 10 came into force, each of the partner establishments in what would be the CIUSSS du Centre-Ouest-de-l’Île-de-Montréal conducted its affairs as usual, including planning changes to programs, services, etc. However, given the enactment of Bill 10 and the rapidly changing landscape that resulted from this reform, Dr. Rosenberg has now requested all of the partner establishments to suspend the implementation of any planned changes.  This includes changes to the drop-in program of the Caregiver Support Centre at the CSSS Cavendish.

This request was issued to enable the PDG and the newly installed senior management team to conduct a thorough review of changes that were planned before Bill 10 was passed and after it took effect.  These measures are being put in place in conformity with Dr. Rosenberg’s guiding principle of patient-centric care.

Bravo to Dr. Rosenberg and his team and our own leadership, including Mayor Anthony Housefather who spoke out on behalf of the individuals in our community who would have been adversely affected by this decision.