Last March Côte Saint-Luc Mayor Anthony Housefather stood before a group of supporters at the Quartier Cavendish and announced that he planned to seek the Federal Liberal nomination in the riding of Mount Royal. He did so  with the knowledge that incumbent Irwin Cotler would not be seeking a  new mandate when the next election is held, likely next October.

From that point on Anthony developed a machine, signed up about 3,000 members and waited for news when the party would call a nomination meeting. Last summer Jonathan Goldbloom, a highly respected and successful public relations professional, threw his hat in the ring. The  race was on.

The much anticipated nomination day arrived on Sunday, November 30. Voting took place simultaneously at the Côte Saint-Luc Aquatic and Community Centre and the Côte des Neiges Community Centre. In the end, Anthony prevailed by a substantial margin.There were 1,948 votes cast and 20 ballots rejected. 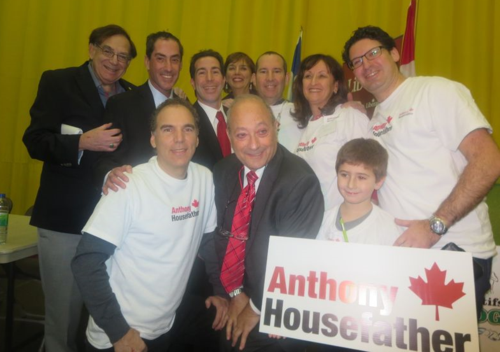 Members of council, Sidney Margles and Matthew Erdelyi celebrate with the mayor.

I have had the privilege of serving on Mayor Housefather’s council for nine years now so I know what he is capable of. Becoming the next MP for Mount Royal has been a dream of  his. Now he is one step closer, but recognizing that the Conservative Party of candidate will represent a formidable opposition be it Robert Libman or Beryl Wajsman, the two declared candidates for that party’s nomination.

Goldbloom was gracious in defeat. He lauded the fact that some 4,500 people signed up as Liberal Party members for this nomination and urged everyone to get behind Anthony for the next election.

Goldbloom deserves a lot of credit for showing the courage to run against such a star candidate like Anthony. 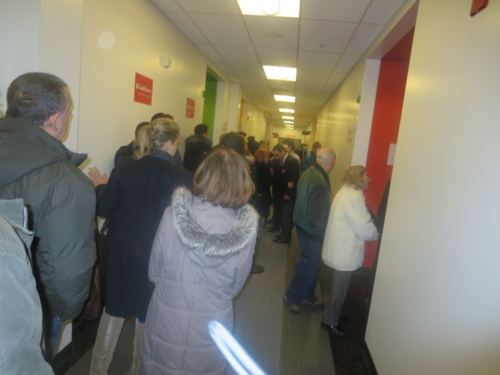 People line up to vote.

Anthony, who never once took this victory as a certainty, thanked his tireless campaign manager Sidney Margles, chief organizer Councillor Mitchell Brownstein, his parents and endless list of campaign workers. He made special mention of people like Mark and Bonnie Merson and others like them who delayed their departures to Florida in order to be part of the nomination day team. 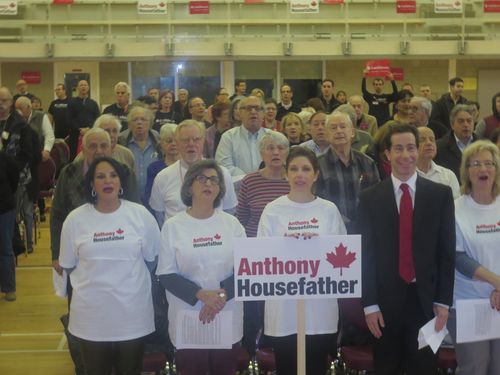 Anthony remains our mayor and will stay in office until after the next federal election.