I have always been a big believer in recognizing volunteers and in the City of Côte Saint-Luc we have a large and devoted group of individuals who make our various programs run smoothly and effectively. 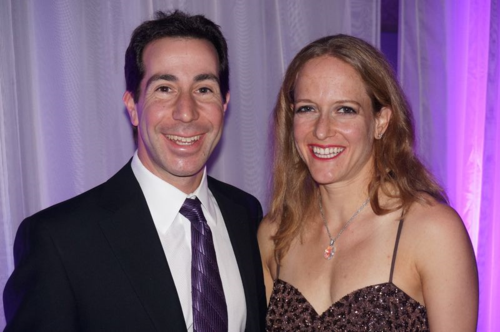 On November 1 we held a Volunteer Recognition Evening in our gymnasium on Parkhaven Avenue, nicely spruced up for the occasion. Councillors Ruth Kovac and Mitchell Brownstein co-chaired the  event and hats off to our  wonderful Parks and Recreation and Communications and Public Affairs Departments for all of the hard work they did to make this happen. 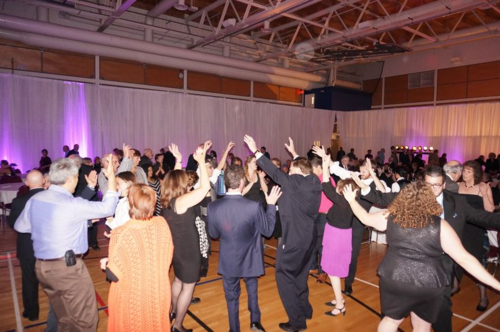 Dancing the night away.

With nice background music and the names of every single volunteer being flashed on two screens, guests filed in the room and were greeted by Mayor Anthony Housefather and members of council. There was a light buffet and a chance for people to enjoy some nice conversation at their tables before the highlight of the evening, the awards presentations.

Here were the winners

The William E. Kesler Memorial Trophy recognizes a volunteer for their exceptional contribution to the Côte Saint-Luc Parks and Recreation special events programs went to Irving Schok, who helps organize the annual Valentine’s Day Dance and countless other activities. Irving was "Schoked" by the award.

The Royal Canadian Legion Brigadier Frederick Kisch Branch 97 Award recognizes the Youth Volunteer of the Year and a leader of tomorrow for outstanding efforts in making a difference in Côte Saint-Luc. It went to  Alexandra Cohen, who as a member of the Côte Saint-Luc Cats Committee, Alexandra produced a nationally recognized  film interviewing professionals and volunteers about homeless cats and about the Côte Saint-Luc Trap, Neuter, Release/Adopt Program. 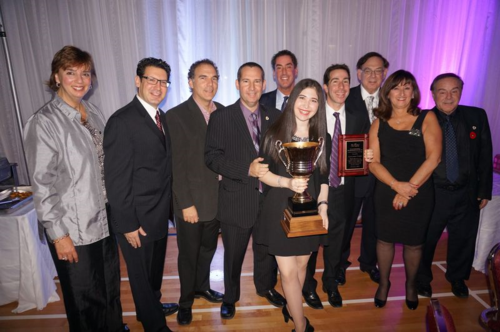 The Socio-Cultural Award recognizes a volunteer for their exceptional contribution to socio-cultural programs in Côte Saint-Luc. It went to Shayamera Navaratnam, who helps out at the Reading Buddy Program. 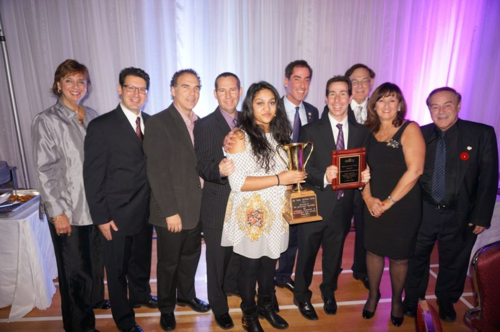 The Special Recognition Award went to Sid Rath, who wears many hat at the CSL Tennis Club. 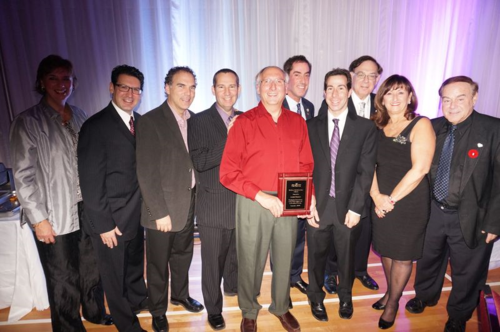 The Hazel Lipes Award recognizes a volunteer for their exceptional contribution to the Community Services Programs. The winner was Paula Shuster, a devoted ambassador for   the Eleanor London Côte Saint-Luc Public Library. 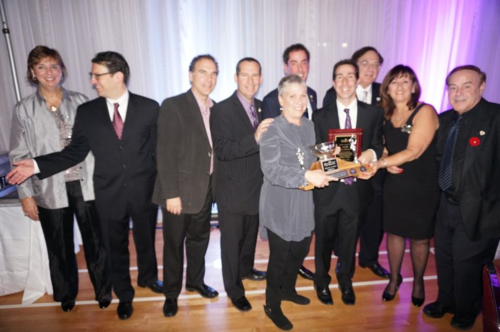 The EMS Award  (Excellence in Operations), went to Robert Rousseau. 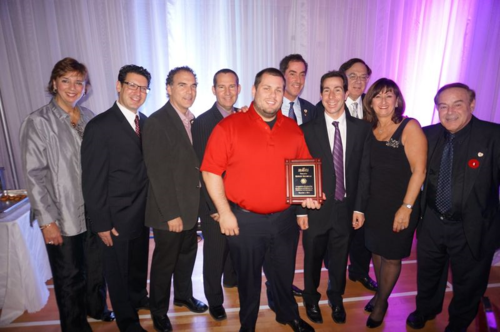 The EMS Award  (Excellence in Training), went to Jasmit Heera. 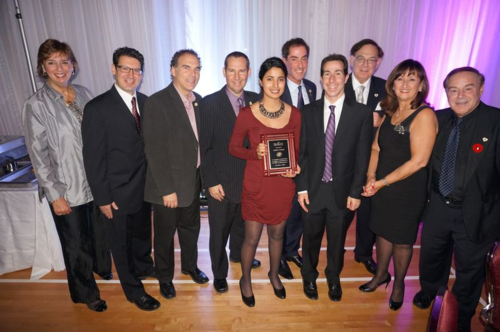 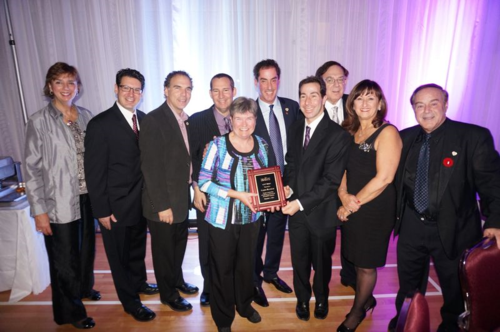 The Sports Award recognizes a volunteer for exceptional contributions to the community sports programs went to coach Ron Aberback. 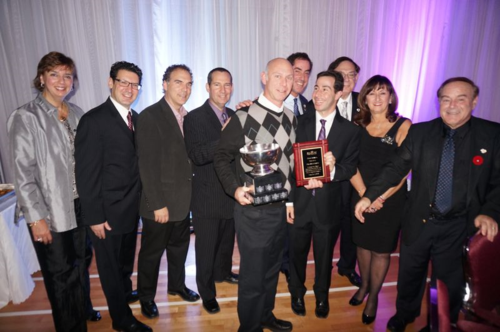 The Stewart Mankofsky Memorial Award, presented to the athlete and volunteer who best exemplifies the qualities of dedication, sportsmanship, and love of competition, went  to swimmer and swim coach Alexandre Grant. 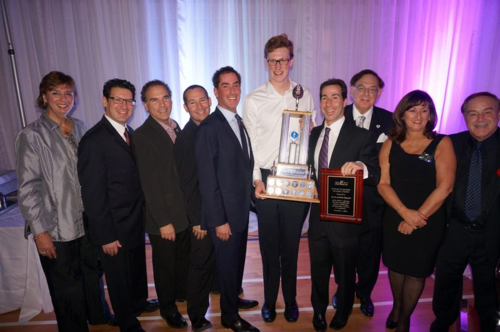 The Volunteer of the Year – (Aquatics Program)  went to Laurence Orefice. 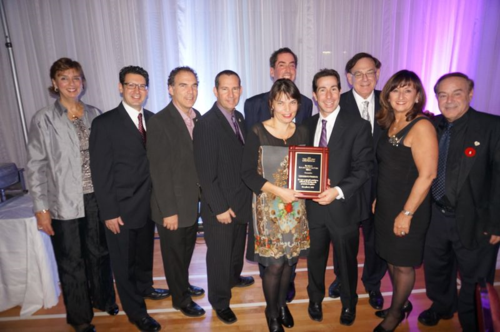 The Ambassador of the Year went to Amos Sochaczesvki, who has a longstanding history of involvement in community affairs, dating back to the years he spent as  a member of the Côte Saint-Luc Community Leisure Council and as a volunteer in the city's various sports programs. In 1986 he purchased The Suburban Newspaper. His pride in joy is the  The Jewish Unity Partnership, an  organization he established to coordinate the annual Israel Anniversary Rally which attracts up to 10,000 people each spring. Amos not only heads the committee, he funds the entire event. 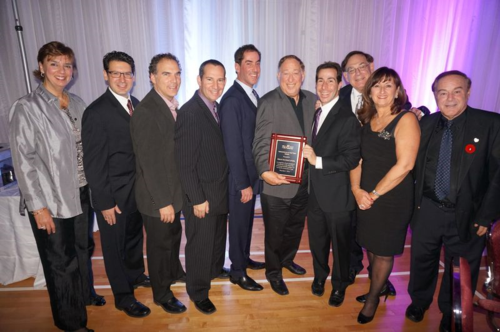 The Edward J. Kirwan Award for the Volunteer of the Year who made an exceptional contribution to the community Parks and  Recreation Program went to Victor Waisgrus, a tireless worker in the minor hockey program. 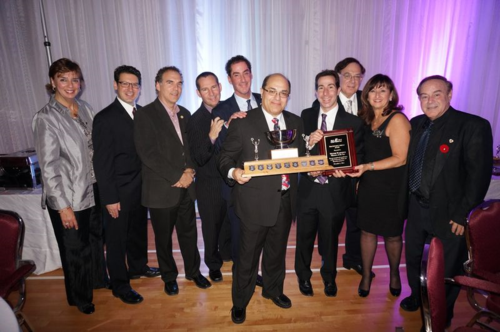 The Lifetime Achievement went to ageless 90 something year old Jack Budovitch who never stops working, be it for the local Legion, the Senior Men’s Club or Combined Jewish Appeal. 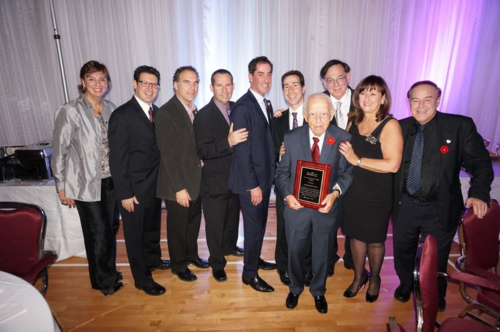 “When we were in school, we were taught that every narrative had to have the five  w 's – who, what,  when, where and why??” stated Councillor Kovac. “Who are they? The five year old who sees a sad child in the classroom and goes over to befriend them..and volunteers their compassion, the senior who drives people to their doctor, those who deliver meals, the parents who coach hockey baseball soccer, the vcops who patrol the streets and the teens who visit seniors. They are everyone.  What do they do?  They  read to patients, help someone cross the street, visit the elderly, support new mothers,  teach about the environment at a farmers market  or community garden, save stray animals and  or help raise funds for various needs. They perform musically or act for our entertainment.  They go door to door for political reasons and give their own blood so that others may live!"

Here is a video link about the award winners.