How did a rooster finds his way into Côte Saint-Luc?

When I spotted Côte Saint-Luc Public Security agents Erwin Luden and Tony Labattaglia in their patrol cars on Merrimac Road in District 2 Sunday morning looking like they were on a stakeout I asked what all of the commotion was about.

"Which jusy helped capture a rooster on the loose," said Luden.

"We had to isolate the rooster until the SPCA arrived," added Labattaglia. 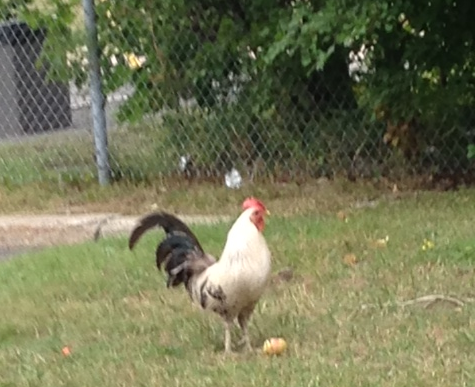 Reuben the Rooster on the Bialik grounds.

It turns out that the rooster was about to become a de facto mascot for Bialik High School when classes resumed this week. Communications and Marketing offical Brittany Witt had even named him Reuben the Rooster. But the SPCA was able to capture him safely and according to our Public Security team bring him somewhere safe to live.

I reached Maureen Baron, the head of school for Bialik and JPPS. "Reuben  was there for about three weeks," she explained. "Our Buildings and Grounds man found two kids about 10 years old poking around the bushes of the Bialik soccer field. When asked what they were doing they replied that they were looking for their chicken. Our employee thought they were kidding and told them to go look for their chicken elsewhere. And then a few days later Reuben was spotted."

Reuben reportedly dining daily on apples that fell from a tree on the Bialik property.

Aubrey Zelman, out walking his dog Teddy, told me that it was his niece who spotted Reuben running around near the homes on Merrimac. She called Public Security. Roosters love to crow of course. But as the city councillor for District 2, I did not receive any complaints of "cock-a-doodle-doo."  Zelman heard the news via his son Michael, who direct messaged him from London, England. 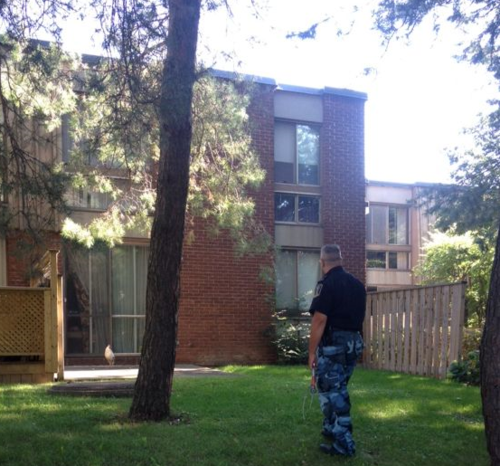 I hope Reuben will enjoy a leisurely life.

This is not Reuben, but possibly his relative.