Another exciting Canada Day planned in Côte Saint-Luc; now we pray for no rain

The Canada Day celebration in the City of Côte Saint-Luc on July 1 will include ceremonies honouring former South African President Nelson Mandela and former Member of the National Assembly Lawrence S. Bergman (pictured). 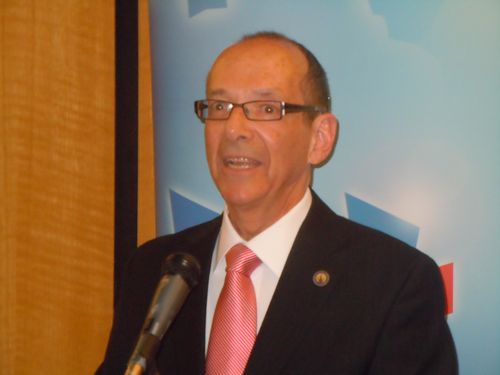 “Our Canada Day event attracts thousands of people and it’s an opportunity to honour people who have made a difference, whether somewhere else in the world or here at home,” Mayor Anthony Housefather said. “We decided to induct Nelson Mandela on the Côte Saint-Luc Human Rights Walkway because of his fight against the abhorrent system in South Africa of forced segregation based on race and because he chose reconciliation over revenge when he was freed from prison and was elected President.
“We are naming Chalet 1 of Pierre Elliott Trudeau Park for Lawrence Bergman because of his huge contribution to the City of Côte Saint-Luc during his 20 years as MNA for D’Arcy McGee. He has been an incredible partner in many respects including through his dedicated work with us to secure a law protecting our unique EMS service and through his extraordinary efforts to assist us in obtaining the grants needed to build our magnificent Aquatic and Community Centre.” 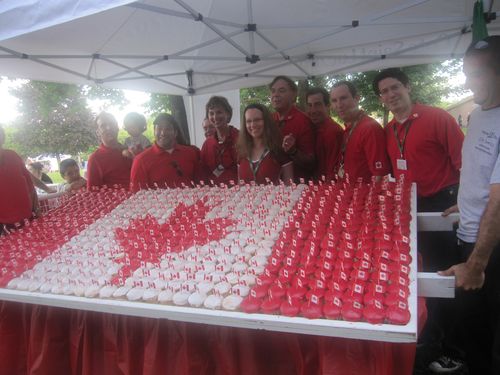 All Canada Day activities take place at Pierre Elliott Trudeau Park on Mackle Rd. The Nelson Mandela induction takes place at 7:45 pm. The Lawrence S. Bergman Chalet 1 unveiling takes place at 9:30 pm.
Canada Day will also feature a Canadian citizenship ceremony for new Canadians, live music by Airport 77 and Lorraine Klaasen. Kids will enjoy storytelling, inflatable games, the children’s train, the roaming magician, arts and crafts and more. Other activities include free pedal boats on Centennial Lake, a model airplane show, a model boat show, free cupcakes, and the closing fireworks at 9:45 pm.
See the Canada Day schedule at www.CoteSaintLuc.org/CanadaDay2014.
The masters of ceremonies are Dan Laxer and Laurie Betito of CJAD. The event co-chairpersons are Councillor Mitchell Brownstein and Councillor Sam Goldbloom.
Event sponsors include Canadian Heritage, Qualitifruits, Domino’s Pizza, The Suburban, Maac.ca, Quartier Cavendish, RBC, Scotiabank, Gravel, Chartwell Castel Royal, Witt Realty and West Island Music Academy.
In case of sporadic rain, the majority of activities will take place in the covered Confederation Annex of Pierre Elliott Trudeau Park, with the exception of the Canadian citizenship ceremony, which will take place at the Aquatic and Community Centre (5794 Parkhaven Ave.) and the fireworks display, which will be postponed to Wednesday, July 2 at 9:45 pm.
In the event heavy rain is forecast all day and the city cancels Canada Day on July 1, all planned activities will be cancelled or postponed (except for the Canadian Citizenship Ceremony, which will take place on July 1 at the Aquatic and Community Centre as listed above). The postponed activities will take place on July 2 starting at 9:30 pm and include the Human Rights Walkway Ceremony honouring Nelson Mandela, the Lawrence S. Bergman tribute, and the fireworks.