Soon after Quebec Premier Pauline Marois called an election for April 7, the province’s de facto Minister of Jewish Affairs announced that he was retiring. Lawrence Bergman, the Member of the National Assembly for D’Arcy McGee, surprised many by stepping aside. His successor is David Birnbaum, the executive director of the Quebec English School Boards Association and a former executive director of the Canadian Jewish Congress, Quebec Region. 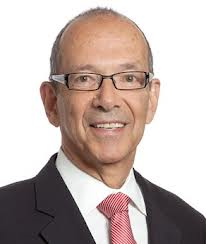 It was only last fall that Bergman was formally nominated for the next election at a gala affair at the Adath Israel Congregation in Hampstead, where he served as president prior to becoming the local MNA in 1994.There was no indication that Bergman would leave politics. Then again, we expected a December election at the time which never came to be.

Over the last two weeks new Liberal Party leader Philippe Couillard has already seen a number of his elder statesmen resign before the election call. It started last summer when former Finance Minister Raymond Bachand retired in Outremont and continued last week with news that three other veterans would not run. Bergman supported Bachand in the party leadership race, not Couillard, leaving some to believe that may have played a role in his departure. He is 73 years old, so if the Liberals or PQ won a majority government he would have seen himself stay in office until the age of 77.

Bergman’s career highlight was being named Minister of Revenue during then Premier Jean Charest’s government in 2003. He did not retain his cabinet seat in 2007 and 2008 victories, but did grab the prestigious post of chairman of the government caucus. This gave him invaluable daily access to members of cabinet. When Bachand announced millions of dollars worth of funding for the Jewish General Hospital, he credited Bergman with aggressively pursuing him at every turn.

Early in his parliamentary career Bergman had the National Assembly recognize Yom Hashoah, something that became a regular occurrence. He constantly spoke out against acts of anti-Semitism and stood up for municipalities and organizations in his predominantly Jewish constituency. There was rarely a community event he missed, always the ultimate politician shaking hands and remembering everyone’s name.

In Côte Saint-Luc we will always be grateful for his successful efforts in saving our Emergency Medical Services (EMS) after our city demerged from Montreal. When I asked for his support for our CSL Cats Committee he not only attended our annual fundraising concert, but made a generous contribution to our cause.

Bergman was present at every community event we held. In recent years he has been accompanied his lady friend, Vivian. Early on his mandate, Bergman`s wife Monica died of cancer. He was alone for a long time until he connected with Vivian who was by his side for every political event. Now, as he told a press conference, he will have more time for her, his two sons and their spouses and his grandchildren.

I have know Birnbaum for over 30 years. We met when I was covering meetings of the former Protestant School Board of Greater Montreal for The Suburban. At the time he served as their information officer. We maintained contact during our various incarnations. He served as the executive director of Alliance Quebec and then went to work for a private public relations firm.  I was with the Canadian Jewish Congress in 1999, having spent 11 years there. The head office was moving to Ottawa and I wanted to stay here so I did some networking. Birnbaum was among the people I called. He connected me with the English Montreal School Board and set the wheels in motion for the job I have held since that time, as communications and marketing specialist. Ironically, a few months later, Canadian Jewish Congress let me know they needed a new executive director for Quebec. I, in turn, recommended Birnbaum. He got the job, but eventually took the  top post at the Quebec English Montreal School Boards Association where he was a strong voice for the anglophone community. At this precarious time in our history, he is the right man to represent at the provincial level.