One of the leading figures in the Montreal Jewish day school system over the past three decades has decided to retire. Dr. Shimshon Hamerman announced last week that he will be  stepping down as Head of School at the end of the present academic year at Solomon Schechter Academy. His successor will be Steven Erdelyi, only mid-way through his first year as principal but an experienced and highly regarded young educator who also serves alongside me as  a city councillor in Côte Saint-Luc. 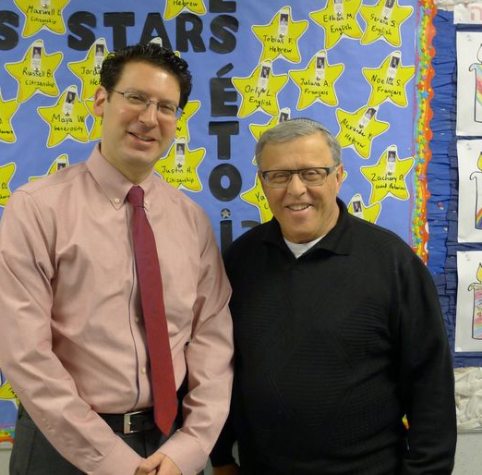 Dr. Hamerman said that his  retirement plans have been in the works for close to three years. “I served the school for over three decades and now it is time to hand the reigns of leadership to a new generation to lead the Academy,” he said. “I want to thank the thousands of parents who entrusted their children, their most precious possession to my care and the care of my teams of professionals. My wife, my children and grandchildren were beneficiaries of my career in the service of the community.   They also paid a heavy price for it because when you work for the public you give up much of your private life.”

I wish to give a lot of credit to Erdelyi.  He began his teaching career in the public system specializing in math and Science at Marymount Academy, moving on to Westmount High School as a vice-principal and then as principal of Hampstead Elementary School. When Solomon Schechter came calling, Erdelyi had been given the extra duties of trying to get a new public high school in Côte Saint-Luc off the ground. For now, that project has been placed on hold.

So, we are witnessing a very rapid rise for Erdelyi. He is one of the brightest people I know, with every fact one would need on the history of Côte Saint-Luc safely tucked away on his IPad.

I know I speak on behalf of the entire CSL council in wishing him well in this new challenge.