Bedtimes Stories is a hilarious play worth watching

I attended the special VIP showing of the Côte Saint-Luc Dramatic Society production of the dark comedy Bedtime Stories, by Canadian playwright Norm Foster, and there is no question that multi-talented director Anisa Cameron(pictured) has another smash hit on her hands. 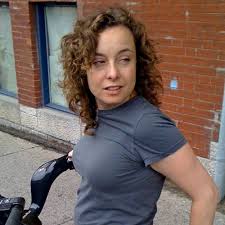 The show runs for five performances from January 30 to February 2, 2014 at the Harold Greenspon Auditorium (5801 Cavendish Boulevard). With Mayor Anthony Housefather and Councillors Mitchell Brownstein and Sam Goldbloom in the cast, there is some nice political flavor. On VIP night, the likes of the Consuls General from Israel and Egypt; the mayor of Hampstead and council members from the latter, TMR and Dollard were on hand. In fact, Dollard Councillor Herbert Brownstein -who never forgets his CSL roots - is in the cast as well.

Norm Foster’s Bedtime Stories brings together six funny and touching tales. Each story intertwines into the next, all with the central focus being a bed. It weaves itself seamlessly as a shock radio jock (District 2 resident Steve Stein) pays a couple (Goldbloom, in a stunning bathrobe and Judy Kenigsburg) $5,000 to make love on the air; an aging rock star (Herb Brownstein) is confronted by a groupie (Ariel Sterlin); a woman (Jordana Kujavsky) visits a dying man (Mayor Housefather) she feels she hurt years ago.

Goldbloom (pictured below) and Kenigsburg were just hilarious in their roles and set the tone for the play very early on. 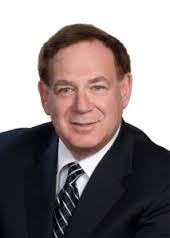 The Côte Saint-Luc Dramatic Society is a community theatre initiative that began in the summer of 2011 in partnership with the City of Côte Saint-Luc. The goal of the society is to bring together actors, writers, musicians and other artistically-minded community members to produce theatrical works in an inclusive environment where emphasis is placed on team work and camaraderie, not celebrity.