Councillor Sam Goldbloom and I were once again proud to co-chair the city's annual Golf Outing at Meadowbrook on July 9. It was sponsored by Yeh!Yogurt and Café, the growing self-serve yogurt chained owned by CSL natives Jon (below with me)  and Marvin Gurman. 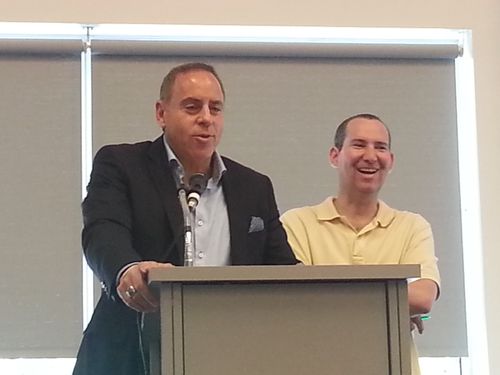 This year we renamed the event the Côte Saint-Luc Golf Classic and planted the seed for  an extraordinary new format which we really expect to take off in 2014. Whereas this nine-hole event has been traditionally geared towards seniors, it is now open to all golfers in the community. We had a Seniors/Occasional Golfer category and another for Prestige/Alumni.

Alvin Fishman of our Parks and Recreation Department did  a superb job overseeing every aspect of this event, from registering players to collecting an endless array of doorprizes. The latter is always a highlight of our program. Councillors Goldbloom and I gave a few out via the "Let's Make a Deal" format at our luncheon banquet. We asked people to show certain items, be it a watch or an US dollar bill, to be eligible to win everthing from  movie tickets to food from CSL Kosher on Westminster. Some significant grand prizes, including a three wheel portable gold caddy valued at $150 to a free week at a tennis camp valued at $250, were given out via a special quiz moderated by our brilliant Mayor Anthony Housefather. 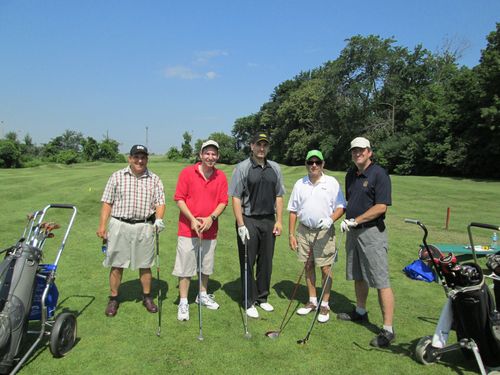 Let me first talk about the golfing. It was a gorgeous day, something which is not a regular occurrence this summer.  Folks began teeing off at 6:45 a.m. at Meadowbrook, which we all know is invaluable greenspace in our community. Next year I will ask Les Amis de Meadowbrook to register a foursome.    I had the wonderful opportunity to golf with CSL Men's Club president Sidney Margles, outgoing Police Station 9 Commander Sylvain Bissonnette (he will be heading the station on the other side of the course in Lachine), Police Station 9 Lt. J.P. Theoret and our friend Marco who runs the Café Aqua at our Aquatic and Community Centre (ACC) . The latter two are really superb golfers. Marco actually uses a putter on virtually every shot. Sid knows the game well, hitting the links year-round. Commander Bissonnette and I golf once a year -at this event.  I do not keep score when I golf, but I sure do have lots of fun. Being part of this event also reminds me what a jewel we have in Meadowbrook. This is one gorgeous property which we must protect from development. As you will notice we actually had a fivesome, pictured above. 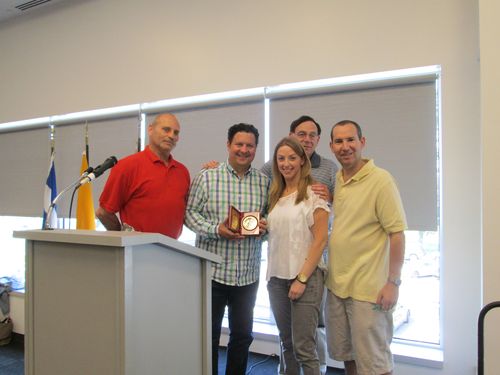 After the golfing we all headed to the ACC for a luncheon catered by the Snowdon Deli. Tatyana Davidenkow joined us to play piano and she really added some wonderful ambience to the room. Sam, myself,  Mitchell Brownstein, Steven Erdelyi, and Allan Levine were the councillors who golfed. But at the luncheon, we were fully represented with Mayor Housefather and Councillors Glenn J. Nashen, Dida Berku and Ruth Kovac on hand. Howard Liebman, the dedicated chief of staff to Mount Royal Liberal MP Irwin Cotler, joined us as did Jon  Gurman and special guest speaker Tony Marinaro from TSN 690 Radio (pictured above with Sam, myself, Alvin Fishman and Deb Trager accepting a gift).

Four trophies were handed out: Closest to the Pin on the 16th hole, female (Helen Zafran) and male (Beryl Peletz); and Longest Drive on the 17th hole, female (Pat Heller) and male (Michael Rabinovitch). They are pictured at the left with mayor, council and young Matthew Erdelyi.

Thanks to Parks and Recreation Director David Taveroff and the dynamic Deb Trager  for assisting us with a number of tasks and our volunteers, which this year included someone we can always count on in Toby Shulman. Rami Negev was on the course taking photos.

Marinaro, who hosts the Montreal Forum from 10 am to Noon weekdays and co-hosts the Intermission from Noon to 1 pm, is a great sports mind and top-notch public speaker. We were fortunate to be privy to his insight, particularly about the Montreal Canadiens.

Our sponsor Jon Gurman gave a nice address as well, telling everyone how he and his brother and older sister were raised in an upper duplex on Melling Avenue. They went to local public school and played in the CSL sports leagues, building their business to one that know brings in annual revenue of more than $100 million.He was thrilled to bring a Yeh! Yogurt and Café to the Quartier Cavendish. He is pictured accepting a plaque from the mayor, Alvin and Deb.

A great time was had by all. 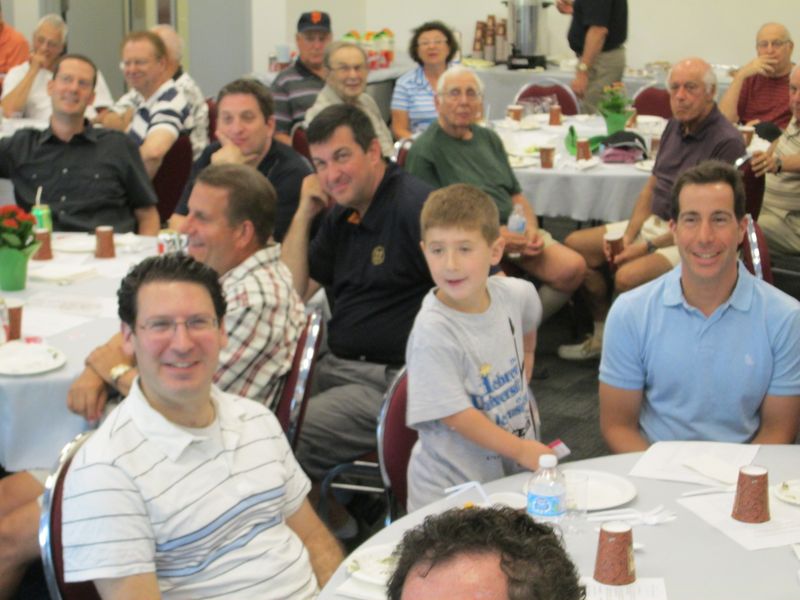 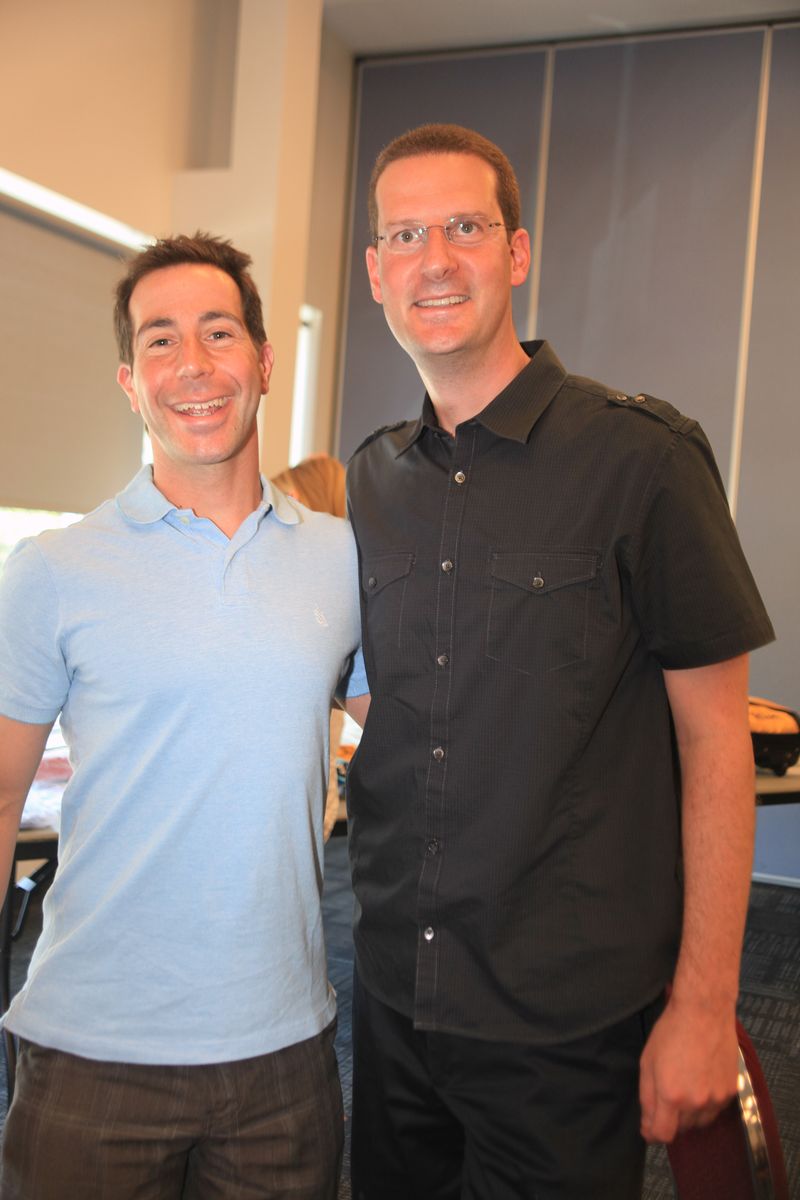 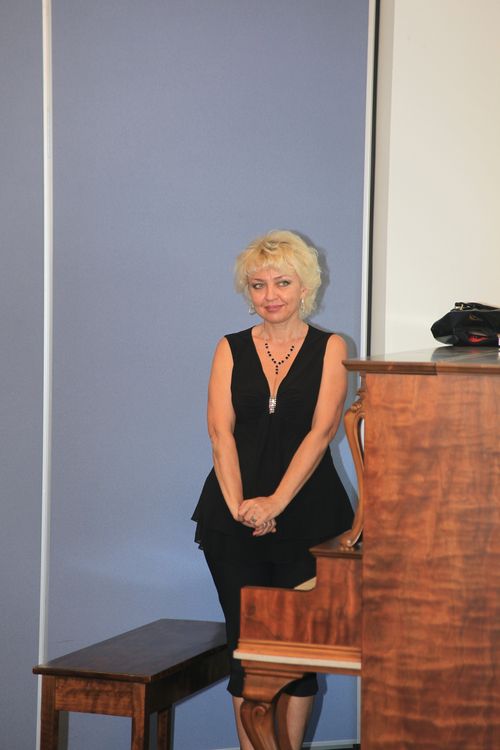 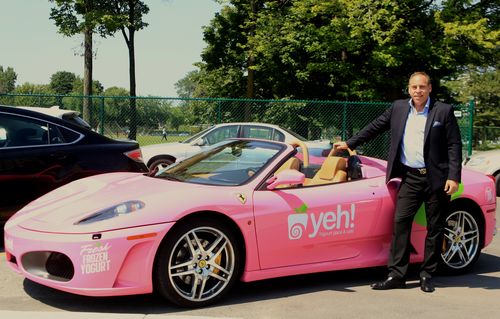 Jon Gurman and his Yeh!Rarriri.

Hi there mates, its enormous piece of writing concerning tutoringand completely explained, keep it up all the time.

Awesome! Its truly awesome post, I have got much clear idea concerning from this piece of writing.