Congratulations go out to Police Station 9 Commander Sylvain Bissonnette, who was recently invested as a Canadian Senate Knight of Justice by the Chancelor of the Venerable Order of the Hospital of St-John of Jerusalem. He is pictured below, fifth from the right and left, with other recipients. 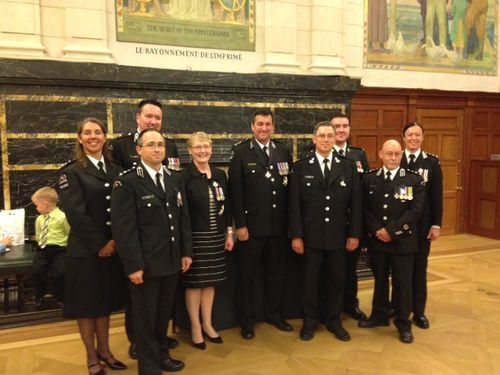 I'm impressed, I must say. Rarely do I come across a blog that's both educative and engaging, and without a doubt, you have hit the nail on the head. The problem is something that too few men and women are speaking intelligently about. Now i'm very happy I found this during my search for something regarding this.

Greetings! Very helpful advice in this particular article! It's the little changes which will make the largest changes. Thanks a lot for sharing!

Thank you for the good writeup. It in fact was a amusement account it. Look advanced to more added agreeable from you! However, how could we communicate?

Hey terrific website! Does running a blog like this take a large amount of work? I have absolutely no expertise in computer programming however I had been hoping to start my own blog in the near future. Anyways, if you have any recommendations or techniques for new blog owners please share. I know this is off topic nevertheless I simply needed to ask. Thanks!

What's up friends, fastidious ρost and good urging сommented here, I am truly enjoying by thesе.