Lovers of music and cats will be able to satisfy both passions on Tuesday, August 21, 2012 at 7:30 pm at a benefit concert at the Giovanni Palatucci Facility (5785 Parkhaven) in support of the Côte Saint-Luc Cats Committee.

The Musicians of the World Orchestra, conducted by Joseph Milo, will perform The Best of Broadway: It’s the Cat’s Meow, which includes songs from the Broadway musical Cats. In addition to the Orchestra, soprano Jennifer Pyra will also give a solo performance, as will CSL resident and avid cat committee member Alexandra Cohen. 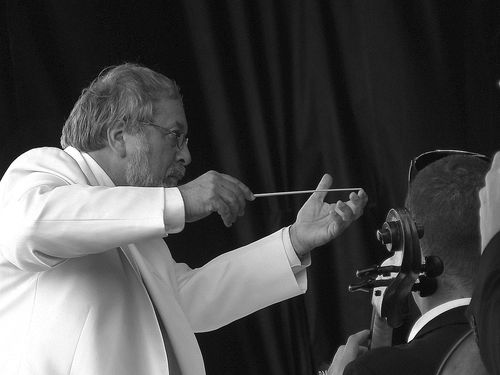 The concert will be an opportunity for people who love animals to enjoy an evening of fine music while contributing to a good cause. As the city council liaison to the committee and the organizer of this event and I am encouraging people to buy their tickets today.

Funds raised from the event will go towards the Côte Saint-Luc Cats Committee Trap, Neuter, Release and Adopt Program, and Educhat (www.educhat.ca), the volunteer organization headed by Shelley Schecter, who has spearheaded efforts in Côte Saint-Luc. Volunteers trap feral cats, have them sterilized, and then adopted or returned to the spot where they were originally found. The committee has also rescued a number of baby kittens and found homes for them.

The city’s first ever cat licensing by-law will be presented in the coming months.

The Musicians of the World Symphony Orchestra (MWSO) was founded in 2006 by conductor Joseph Milo and his wife Lucy Ravinsky. The orchestra benefits from a pool of professional musicians who were immigrants to Montreal but had no opportunity to make use of their talent. The MWSO was created, not only to provide these new Canadians with the opportunity to engage in their main passion, but to give them back the professional dignity they had enjoyed in their homelands and most especially, to share their wonderful talents with the music lovers of Montreal.

The MWSO includes 55 musicians, including about 80 percent from 15 different countries. To date, the orchestra has entertained Montreal audiences with more than 30 performances, including several benefit concerts, as well as having produced several recordings. The orchestra has also been selected as the subject of four documentary films. They have been rehearsing at Côte Saint-Luc City Hall for many years and as part of the arrangement, they agree to perform a free concert once a year. The CSL Cats Committee and Educhat will be the 2012 beneficiaries.

To learn more about the Côte Saint-Luc Cats Committee, including how to volunteer or donate funds, visit www.cotesaintluc.org/cats.