Thousands of people turned out at Pierre Elliott Trudeau Park on July 1 for Canada Day festivities in Côte Saint-Luc.  This is indeed one of our marquee events . A huge congratulations to Director of Parks and Recreation David Taveroff and his staff, notably our new Manager of Leisure and Community Services Danka Janosz. She worked hand in hand with event co-chairs, Councillors Dida Berku and Steven Erdelyi, in producing a first class event. 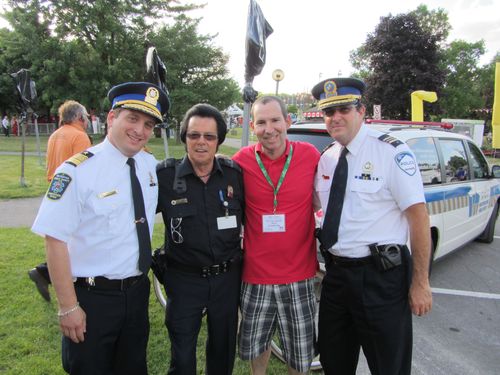 The evening featured fireworks, inflatable games, live music, and much more, including the dedication of Gary Carter Field. I was particularly proud of the latter iniative. As the city councillor responsible for naming opportunities, I approached Mayor Anthony Housefather immediately after Carter's death last winter from cancer and suggested we name one of our baseball fields after him.

Warren Cromartie, one of Carter's former teammates and best friends when he was with the Montreal Expos, came to the park as part of the Montreal Baseball Project. He gave a baseball clinic and then signed hundreds of autographs. Cromartie was accompanied by Johnny Elias, founder of the Grand Slam Baseball School. See my video interview with the Cro.

It was at this school where Carter, Cromartie and many others came to our community and taught kids how to hit, catch and field. We will be talking to Cromartie about possibly launching a baseball school in CSL next summer.  Below, I am with Elias and Cromartie. 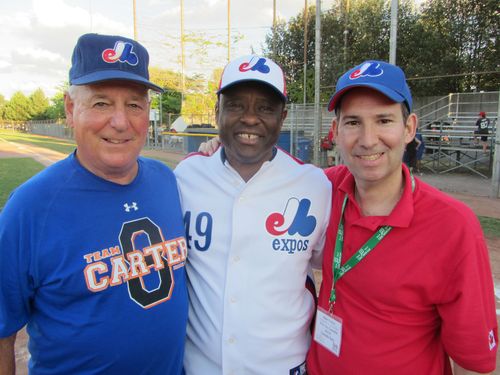 The ceremony itself was very emotional. Our Director of Public Affairs and Communications Darryl Levine did an outstanding job interviewing former Expos about Carter and embedding Annakin Slayd's Carter tribute video into one big presentation we showed on the big screen. Slayd was with us as well.

A Canadian citizenship ceremony (see photo below) took place at 5 pm. and Canada Day cupcakes, sponsored by Scotiabank, were served at 7 pm. 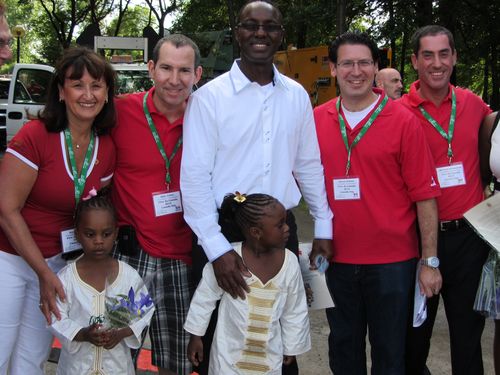 There was live music from Airport 77, Vintage Wine, Raffi’s Accordion, and a live theatre performance from the Côte Saint-Luc Dramatic Society. They performed scenes from Moulin Rouge and Grease. 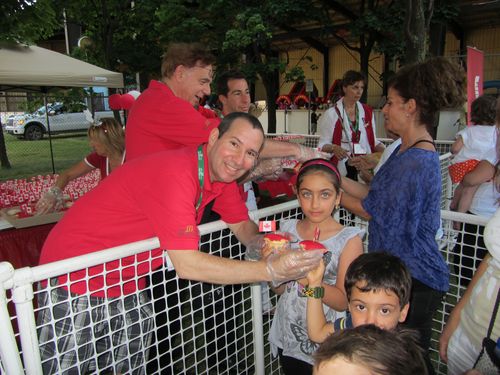 “Our Canada Day event brings out our entire community and even those from neighbouring communities, who are more than welcome to come,” said Councillor Berku.

The Carter event was streamed live on the internet. "This was the first time we  streamed an event,” Councillor Erdelyi said. “We know there are Gary Carter fans across North America and we wanted to give people beyond our borders—whether on the West Island, Long Island, or the west coast—a front row seat.” 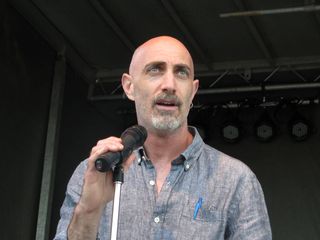 Of course, the most anticipated moment of the night came with our fireworks presentation. That was preceded by the national anthem, sung by CSL's Alexandra Cohen, the 2012 Triple Threat Award Winner at the Showchoir Canada National Glee Competition in Toronto.The master of ceremonies was Dan Laxer (pictured here) from News Talk Radio CJAD.

Here is the Gary Carter ceremony:

I'm not sure why but this site is loading incredibly slow for me. Is anyone else having this problem or is it a issue on my end? I'll check back later on and see if the problem still exists.