I was part of foursome which included  CSL Senior Men's Club President Sidney Margles and the two top men from Police Station 9 - Commander Sylvain Bissonnette and  Lieutenant Jean-Pierre Theoret. What a pleasure it was to spend three hours on the course with these gentlemen as we battled the heat through the back nine holes of the course.

Golfing is not a sport I get a lot of practice at. In fact, this outing marks the only time  I take out the clubs all year.

We were fortunate to have beautiful weather, despite a forecast for possible showers. I started off slow, but when Sid Margles gave me his sensational driver to use my game started to turn around. In fact, I got the closest to the pin (four feet seven inches). Because I was not a registered senior, my achievement did not count in the books. But it sure did give me a lift.

After the game everyone gathered at the Senior Centre, located on the second floor of the CSL Shopping Centre, for the banquet luncheon.  In a very short period of time all of our seniors activities will be shifted to the new Aquatic and Community Centre on Parkhaven Avenue.

We welcomed Christopher Parent from Planex, this year's Golf Open sponsor. The youthful looking landscape architect is a father of two, with twins on the way. 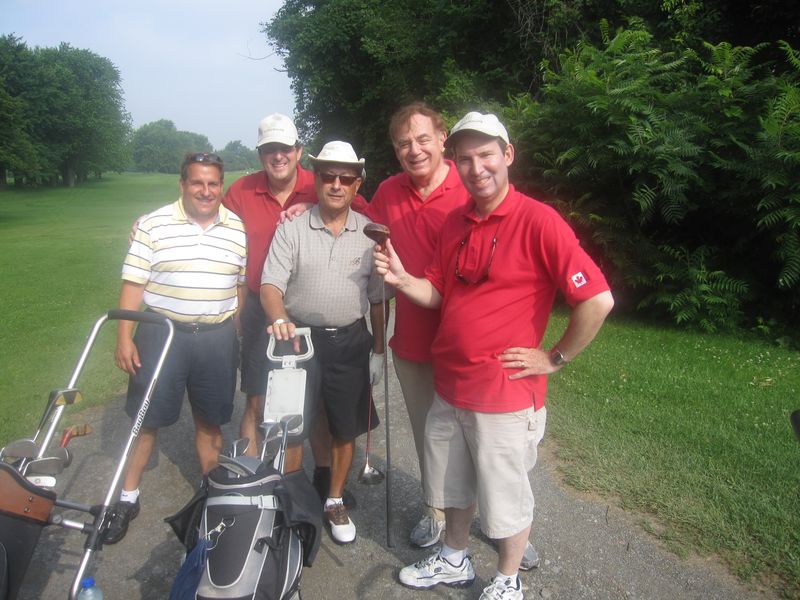 It was a wonderful day and I can't wait to do it all over again next July.

While, the bezel of the black style of Lotus is set with two rows of diamonds, the dial is dotted with the pattern of the lotus element by the diamonds.