When I was a youngster growing up in Côte Saint-Luc and playing hockey I always looked forward to the anual end of year banquet. My dad, Lawrence Frederick Cohen (aka Larry Fredericks) was always the emcee. Because he was also the Montreal correspondent for the United Press International wire service, he covered all of the professional sports teams and had connections. So we would always get a high profile athlete to visit. One year it was Habs  legend Jean Beliveau; the next Montreal Expos star Mack Jones. 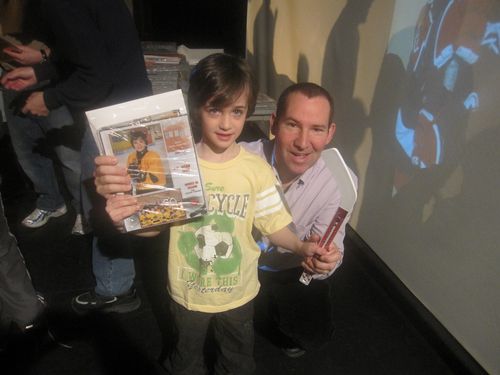 As a city councillor it is always a pleasure to attend our Minor Hockey League Banquet. The 2011 version, for players in Atom, Novice and PeeWee, took place in the Greenspon Auditorium of City Hall. Victor Waisgrus and his team handed each player a miniature hockey  stick and a framed portrait of themself in uniform and the team photo. A fun time was had by all. Mayor Anthony Housefather delivered words of welcome. Councillors Allan J. Levine and Ruth Kovac were also on hand. 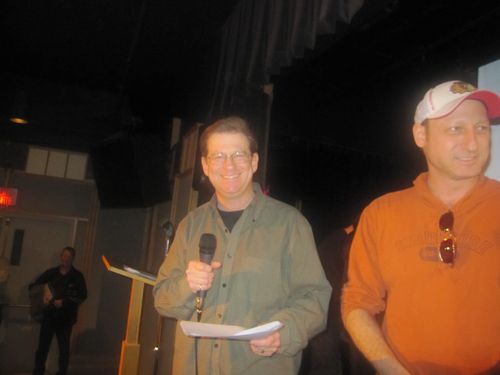 One of the coaches at the PeeWee level was former mayor Robert Libman (right), who enthusiastly called all of his players on stage, including son Daniel. Pictured above is District 2 resident Daniel Leibovits, displaying his stick and photo.