Côte Saint-Luc City Council had the opportunity to meet privately February 21 with Liberal Member of Parliament for Mount Royal Irwin Cotler. It was abundantly clear that he has every intention of remaining in office. In fact, he told us he does expect an election to be called in the spring. 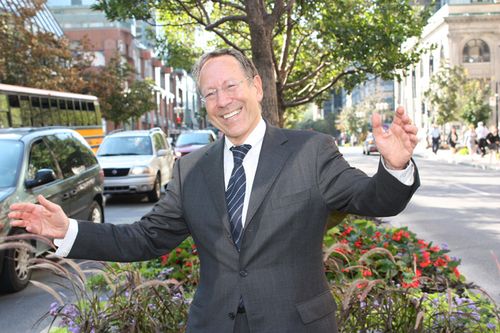 Cotler briefed us on a number of foreign policy and domestic issues. I asked him what he could do as a federal representative to continue to pressure Canadian Pacific Railway vis-a-vis train noises.  I still get many complaints from constituents, chiefly on Merrimac. Cotler told us that at his office the calls have not been as frequent  of late. Jonathan Schecter, our city clerk, did confirm that his office does received plenty of complaints. Cotler assured us that he will look into the matter for us.

Howard Liebman, Cotler's devoted chief of staff and a resident of District 2, accompanied him to the meeting. We always appreciate these opportunities and have held similar sessions with D'Arcy McGee MNA Lawrence Bergman.