A fire broke out at a home on Ilan Ramon Crescent in Côte Saint-Luc’s District 2  in the early evening of January 11.  No one was hurt and the fire department arrived in time to ensure that the fire was contained and then extinguished.  Neighbours applauded the efforts and professionalism of the Montreal firefighters who arrived within four minutes of the call to 911.

The cause was reportedly a heating pad left on in  the master bedroom, which shorted,  created a spark and caused the mattress to catch fire. Due to the intense heat of the fire, the sprinkler system was triggered  and released more than enough water to keep the fire at bay. That is the good  news. The water damage has devastated the property and fears are that the majority of the home will need to be gutted and redone.  Most of  the family’s possessions have been damaged by the fire or the water. 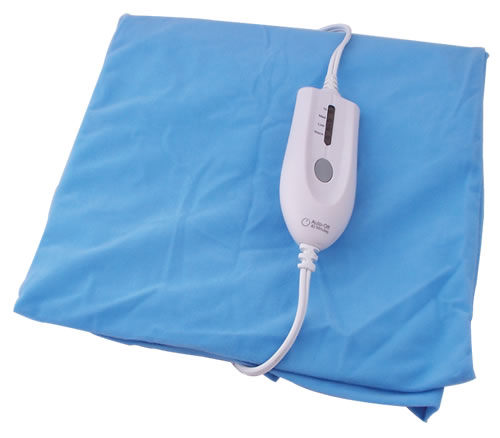 What has most impressed me is how all of the neighbours have banded together to assist this family, which may be homeless for some time. The lady of the house, for instance, works during the day and has asked if anyone can find a place for her mother to stay at that time. A number of offers have already come forward.

As one neighbor explained, this should serve as a reminder of the importance of regularly checking smoke detectors and update any fire extinguishers  in the home.  Talk to your family about the danger of fire and what to do if one occurs.

I have read this whole post it is really nice story.Every one should helps the people who having a problems like this neighbor.

Well, I like this article. I find reading your blog. Water damage to property has devastated and fears are that most of the house must be gutted and redone. Most of the family's possessions have been damaged by fire or water.

It was very interesting to read that lady story.I would like to thank you for the efforts you have made in writing this article.

I have read this information which is really interesting to read me. I really got the amazing things from here.

Oh my goodness! Awesome article dude! Many thanks, However I am experiencing problems with your RSS. I don't know why I can't join it. Is there anybody else having similar RSS issues? Anyone who knows the answer can you kindly respond? Thanks!! http://163.152.223.92/xe/notice/592025

Thank you, I've just been looking for information about this subject for a long time and yours is the best I have came upon so far. But, what in regards to the bottom line? Are you sure concerning the source?

Wow, superb blog layout! How long have you ever been blogging for? you make running a blog glance easy. The overall look of your site is wonderful, let alone the content material! http://0f65e.clickthru.ca

whoah this weblog is wonderful i really like studying your articles. Keep up the great work! You recognize, a lot of individuals are looking round for this info, you can aid them greatly.

I don't know if it's just me or if everyone else encountering problems with your site. It seems like some of the text on your content are running off the screen. Can somebody else please provide feedback and let me know if this is happening to them as well? This could be a issue with my web browser because I've had this happen before. Kudos

It's going to be finish of mine day, but before ending I am reading this fantastic article to improve my experience.

Admiring the dedication you put into your blog and in depth information you present. It's good to come across a blog every once in a while that isn't the same outdated rehashed material. Excellent read! I've saved your site and I'm adding your RSS feeds to my Google account.

I like what you guys are usually up too. Such clever work and reporting! Keep up the excellent works guys I've included you guys to blogroll.

Hey would you mind sharing which blog platform you're using? I'm looking to start my own blog in the near future but I'm having a difficult time selecting between BlogEngine/Wordpress/B2evolution and Drupal. The reason I ask is because your design and style seems different then most blogs and I'm looking for something unique. P.S Sorry for being off-topic but I had to ask!

hey there and thank you for your info - I have certainly picked up anything new from right here. I did however expertise several technical points using this site, since I experienced to reload the website a lot of times previous to I could get it to load correctly. I had been wondering if your web hosting is OK? Not that I'm complaining, but slow loading instances times will sometimes affect your placement in google and can damage your high quality score if ads and marketing with Adwords. Well I'm adding this RSS to my e-mail and could look out for much more of your respective fascinating content. Make sure you update this again very soon.

Hey I know this is off topic but I was wondering if you knew of any widgets I could add to my blog that automatically tweet my newest twitter updates. I've been looking for a plug-in like this for quite some time and was hoping maybe you would have some experience with something like this. Please let me know if you run into anything. I truly enjoy reading your blog and I look forward to your new updates. http://alturl.com/7527s

It's actually very complicated in this full of activity life to listen news on TV, so I just use web for that reason, and obtain the most recent information.

Your means of telling the whole thing in this post is genuinely pleasant, every one can without difficulty be aware of it, Thanks a lot.

I would recommend that anyone with small children only purchase carpet that is stain protected. A hose is run from the tank to feed a hhot water heater inside the van. It has been proven that steam machines are the best wway to combat and control bug and inaect infestations.

What's up, this weekend is nice in favor of me, because this point in time i am reading this impressive informative article here at my house.

It's in point of fact a great and helpful piece of info. I'm satisfied that you simply shared this helpful information with us. Please keep us informed like this. Thanks for sharing.

This piece of writing is really a pleasant one it assists new the web people, who are wishing in favor of blogging.

Hey there! I just want to give you a huge thumbs up for your great info you have right here on this post. I'll be returning to your website for more soon.

Hey just wanted to give you a quick heads up. The text in your content seem to be running off the screen in Firefox. I'm not sure if this is a formatting issue or something to do with internet browser compatibility but I thought I'd post to let you know. The layout look great though! Hope you get the issue resolved soon. Thanks