As the longtime national executive vice-president of Emunah Women of Canada, the local branch of the world’s  largest women’s Zionist organization, Roslyn Schneidman knows the importance of an annual gala fundraiser. In fact, one of her main tasks over the years has been to seek out honourees from coast to coast. 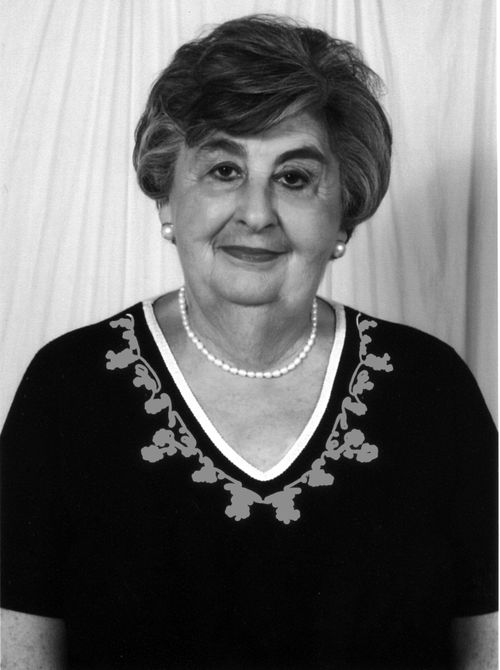 It was therefore a bit of role reversal last summer when  Rena Schondorf and  Bayla Aspler entered her Côte Saint-Luc office and  requested that she be the 2010 honouree.

“There was a time when  I convinced both Rena and Bayla to be honourees so they knew I could not refuse them,” Schneidman said. “This basically completed the circle. I may be working for the organization, but Emnuah is really in my blood and I truly only accepted because of where the proceeds will be directed."

The tribute evening in honour of Schneidman and her 33 years with Emunah will take place on Monday evening November 8  at the Crowne Plaza Hotel (6600 Cote de Liesse). Proceeds will go towards   supporting  the expansion of the Orfus-Sinai Dormitory for Teenage Girls at Risk at Neve Michael Children’s Village in Hadara, Israel, located  half way between Tel Aviv and Haifa.

“It is a cause so very close to my heart,” said Schneidman. “Neve Michael is a safe haven for Israeli children at risk whose biological parents can no longer care for them. It provides sustenance, education, and a warm and caring environment to needy children from the ages of  three to 18 years old. Together with the devoted membership of Emunah, we realized the creation of the Canada Pavillion  Crisis Centre for Children at Risk and the David Shock Synagogue at Neve Michael.”

Schneidman estimates that she has been to Israel in her Emunah capacity at least 60 times. “I remember being at the airport in Israel when these teenagers from Ethiopia came off the plane barefoot,” she recalls. “We settled them at Neve Michael and watched them grow. We see them now having served in the army, with families of their own  and as proud Israelis.”

Emunah, notes Schneidman, means faith.   Her granddaughter, Emily Lawrence, recently became a fourth generation Emunah family member when she rallied her classmates at Hebrew  Academy to raise money for Neve Michael. “She did a powerpoint, showed it to her class and brought  in over $400,” said a proud Schneidman.

Schneidman was raised  in Outremont and lived there most of her life until a decade ago when she and husband Leonard sold their home and bought a condo in Ditsrict 2 of  Côte Saint-Luc.  Her first vocation was that of a public school teacher at  the primary level. When she got married and her wedding day fell in September she was told that she could not have the necessary time off. That propelled her into community work for a number of organizations, ultimately leading to her present post at Emunah.

Emunah Women of Montreal has a local membership of 600 active participants. Their 13 chapters meet regulary. Some of the projects supported by Emunah Women in Israel include: day care centers, children’s residential homes, high schools for girls, golden age clubs, Jewish studies groups, family and marital counselling services as well as training volunteers to aid newly-arrived immigrants in adapting to life in Israel.

Now 75 years young, Schneidman realizes that retirement will come sooner than later. “Not just yet,” warns the woman better known as “Mrs. Emnunah.”

I am proud to be her city councillor.

Prejudice is the child of ignorance.

That is really cool. I hadn't seen that chrome case before, but it's really sleek. I'm going to check that out for mine. Cheers.

Hi there, this weekend is pleasant in support of me, as this time i am reading this impressive informative piece of writing here at my house.