Itcush to run for NDP in Mount Royal

Bialik High School teacher Jeff Itcush  (pictured below) will be introduced Monday, August 23 as the New Democratic Party (NDP) candidate in the federal riding of Mount Royal, currently held by Liberal MP Irwin Cotler.  NDP Leader Jack Layton and Deputy Leader Thomas Mulcair (MP for Outremont) will be at the announcement, which will take place at a Queen Mary Road restaurant. 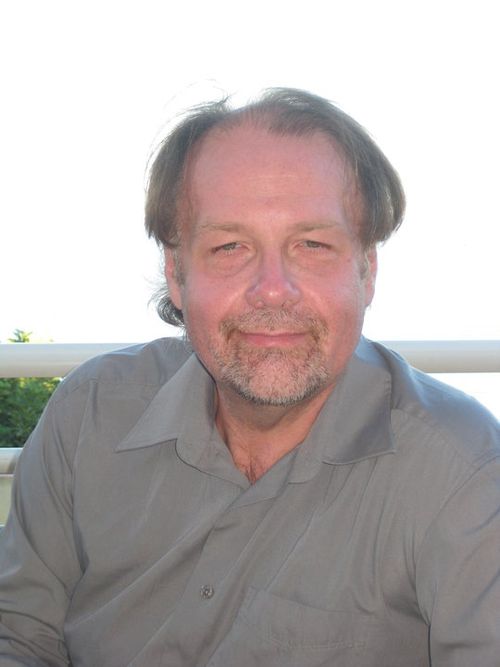 Itcush was brought up in southern Saskatchewan and has resided in Montreal since 1989. He has studied at universities in Saskatchewan and Quebec. Most of his professional life has been in the field of education. He isa former president of the Federation of Teachers of Jewish Schools and has worked in labour negotiations and advocacy. Itcush has worked with several community groups and has done political organizing at the federal and municipal levels in Montreal. In addition, he has been a candidate for elections at those levels, including other runs for the NDP.  He has a particular interest in First Nations culture.

Mount Royal has always been a Liberal stronghold. At the age of 70 Cotler is showing no signs of retiring. Prime Minister Stephen Harper has endeared himself to the Jewish community for his unqualified support of Israel. People are eager to see whom will run for the Tories in the next federal election. Itcush will give the NDP their most high profile candidate yet in this riding.

He has a silver tongue and is able to bring people together easily. It should finally be an interesting contest in Mont-Royal.

I always liked Mr. Itcush as a teacher but he is not a particularly charismatic figure nor is his prairie socialism likely to endear himself to the voters of Mount Royal who are becoming more and more Tory-inclined.

He seemed very charismatic at his nomination. Two standing ovations to a standing room only crowd and a speech with both local and international elements.

The hype is all for naught since no one can defeat a Liberal, even with messieurs Dion or Ignatieff at the helm, in the safest red seat in the country.

Since the habit is master of life, people should strive to seek good habits. If you are in the habit of youth is starting, it is the most perfect habit, it is certain that we called education. Education is a kind of habit of starting from an early age.

Whether desirable results can be achieved for youth development indeed depends on the support and efforts of all of us.May peace and love fill your heart, beauty fill your world, and contentment and joy fill your days!

Whether desirable results can be achieved for youth development indeed depends on the support and efforts of all of us.May peace and love fill your heart, beauty fill your world, and contentment and joy fill your days!

I joined Netflix and received my first Seinfeld dvd the next day! I did not think I would get much use out of a dvd by mail company but 6+ years later, I am on my 2nd company and love it for the old TV shows not just movies.

when the patient is willing to consider change, but can clearly see both the prasfdos and cons of change. A patient who wants to eat normally but is afraid of gaining weight is one example of this stage.

I laughed with delight at the ad campaign when I spotted it yesterday. Not my style, but totally get what he was going for, and thought there were some interesting fashion ideas that I wouldn't expect from this line. The campaign (some images more than others) remind me of Kate Spade ad campaigns of past. Remember the one with the preppy NYC girl visited by her preppy family? This feels similar but a bit off. Though I did post the intro image with the jeep full of stuff on my wall. Thanks for sharing!

I follow you VIA GFC and I love your blog!

I just like the helpful information you provide in your articles. I'll bookmark your weblog and test once more right here frequently. I'm slightly certain I'll learn many new stuff proper right here! Best of luck for the following!

I've been exploring for a little for any high quality articles or blog posts on this kind of area . Exploring in Yahoo I at last stumbled upon this site. Reading this info So i am happy to convey that I have a very good uncanny feeling I came upon just what I needed. I such a lot definitely will make certain to don?t forget this site and provides it a glance on a continuing basis.