Poor weather does not stop VE Day Ceremony in CSL

It is not customary to have snow falling on the eight of May. But that is exactly what Mother Nature brought us this year, along with some rain and chilly temperatures. Not exactly what Mayor Anthony Housefather and members of the Côte Saint-Luc city council had in mind for our annual Victory in Europe (V-E) Day ceremony. 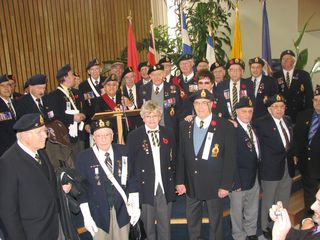 Our Parks and Recreation Department, in conjunction with event  co-chairs Councillors Ruth Kovac and Allan J. Levine, wisely decided to move the program indoors to our Council Chambers. That is too bad, especially since we created Veterans Park only a few years ago right next door to City Hall.

It was a wise decision and we had an absolutely excellent event as a number of dignitaries joined veterans and residents for the commemoration. The master of ceremonies was Carl Garber, president of the Brigadier Frederick Kisch Branch 97 of the Royal Canadian Legion.  We all remembered Robert “Bob” Feldstein, who so proudly performed these duties for many years, Bob passed away last fall.

Victory in Europe (V-E) Day was May 8, 1945, the date when the Second World War Allies formally accepted the unconditional surrender of the armed forces of Nazi Germany. The Côte Saint-Luc cenotaph was erected in memory of those who gave their lives in the First World War, the Second World War and the Korean War. The cenotaph was moved from the front of city hall to Veterans Park in 2007. 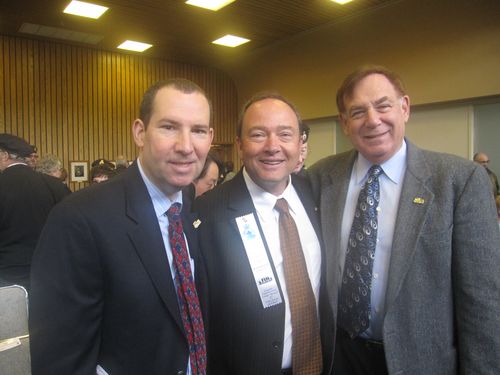 It was wonderful seeing all of those war veterans in the room with us.  People like Michael Kutz, a longtime CSL resident shown with me below. They have remarkable stories to tell and we are fortunate to have them among us. 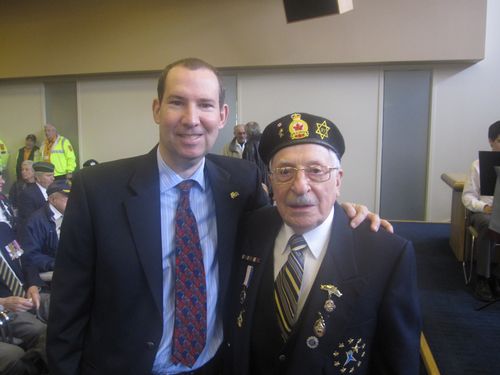 I'm surprised your so good thoughts. I'd like to become your good friend. Before I believe a good pair of shoes as my faithful friend, and so i always find the the most suitable and favorite shoes, if you agree with my view, you can look at my site.