Meeting Ignatieff a highlight for me at FCM Conference

I recently returned from the 73rd   annual conference of the Federation of Canadian Municipalities (FCM)  in Toronto. This event is the largest annual gathering of elected officials in Canada,  as more than 1,500 municipal leaders from across country were registered. The conference itself is an opportunity for federal leaders to outline their visions for the future of Canada´s cities and communities, and seminars and panel discussions were held on local and national issues.

The FCM has been the national voice of municipal government since 1901. With more than 1,775 members, FCM represents the interests of municipalities on policy and program matters that fall within federal jurisdiction. Members include Canada's largest cities, small urban and rural communities, and 18 provincial and territorial municipal associations.

As usual, there was an impressive line-up of speakers. This included Prime Minister Stephen Harper and opposition leaders Michael Ignatieff of the Liberals (with me below)  and Jack Layton from the NDP. 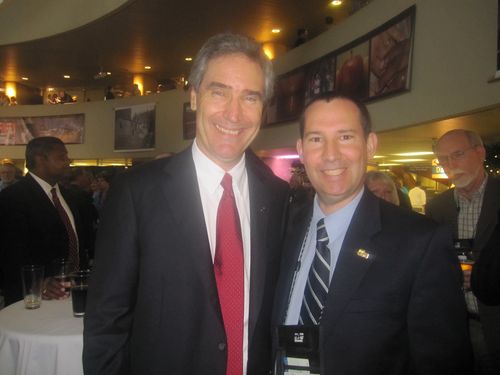 I had the opportunity to attend a number of excellent workshops. Two stood out for me:  Local Government 3.0: Using the web to cut costs and serve your citizens better; and  A community of cancer fighters. The former underlined the importance of using the internet and social media vehicles such as facebook and twitter. In the latter, municipalities were described as cancer prevention pioneers. While Côte Saint-Luc took the lead in the province some 25 years ago when the late Councillor Eric Helfield pushed through an anti-smoking bylaw, there all kinds of new initiatives being taken these days. This includes options like banning smoking in parks.  I took studious notes, spoke to the panellists from the Canadian Cancer Society and intend to discuss some possible initiatives with our council.

Prime Minister Harper was naturally the big draw. He received a standing ovation upon entering the room.  “There are people in this room who know how to get a pothole fixed,” said Harper. “I want to talk to you about our economic action plan and your spectacular part in it.”

Harper made it clear that stimulus spending does have a firm expiration date and cities can't expect to live on that fiscal shot of adrenaline forever.   "I know that there are some, including some here, who would like all this stimulus spending extended," Harper  said. "People can't live on adrenaline and economies can't live on stimulus. We must return to the black, not drown in the red."

Harper said the government won't extend the action plan past March 31, 2011.  "At the G20 meeting here in Toronto next month, major economies will be looking at exit strategies from their stimulus measures," Harper said.

FCM President Basil Stewart said that  as Ottawa gets ready to wind down the stimulus program, we expect to work with the federal government to put our successful partnership to work in other areas such as keeping our streets safe, reducing gridlock and fighting homelessness.

“We applaud the federal government for forging its stimulus partnership and working closely with municipalities to build projects that will put more than 100,000 Canadians back to work and strengthen our communities,” said Stewart. “These one-time investments are building on long-term federal funding delivered through the permanent federal Gas Tax Fund, the GST rebate and the Building Canada Fund.”
Later that same day Ignatieff addressed the conference. This was my first time seeing the Liberal leader speak since the leadership convention in Montreal several years ago in which the party elected Stéphane Dion to captain their ship. While Harper spoke for only 30 minutes, took no questions and left the building immediately, Ignatieff  had a  one hour session and went beyond his allotted time in order to respond to every question from the microphone. He made a strongly partisan speech, criticizing Harper for announcing an end date to the stimulus package.

Ignatieff told municipal leaders that the federal government must treat them as equal partners, and promised to work with us to modernize Canada's aging public transit systems and put in place a national affordable housing strategy.  “Mr. Ignatieff clearly understands the serious challenges that our cities and communities are facing, and is prepared to give municipalities a place in federal policy making that matches their essential role in meeting national challenges,” said Stewart.

“Mr. Ignatieff knows that it´s time municipalities had a proper seat at the national table. He believes that our partnership with Ottawa must grow as stimulus spending ends and the federal government fights its deficit. Even when money is tight we must work together and Canada must continue investing in strong, competitive cities and communities."

Everyone in the room seemed to leave with a pretty good opinion of him. Well, we all walked across the street for a reception at Toronto’s gorgeous City Hall.  At one point my colleague, Councillor Allan J. Levine, grabbed me by the arm. “Come meet Iggy,” he said. And there he was, the Liberal leader working the crowd. Levine, who has been involved with the Liberals for many years, introduced me to Ignatieff. I complimented him for being a man of the people and navigating this crowded area.  I invited him to visit a public high school on a future visit to Montreal. He said he would be delighted. 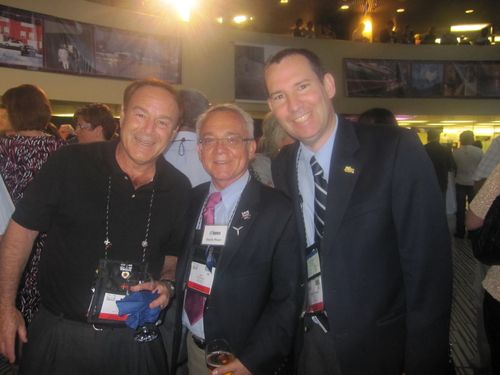 Levine and I also met Joe Pantalone (left), the deputy mayor of Toronto and a candidate for the top job in the upcoming November elections.  We toured the state-of-the-art council chambers as well. 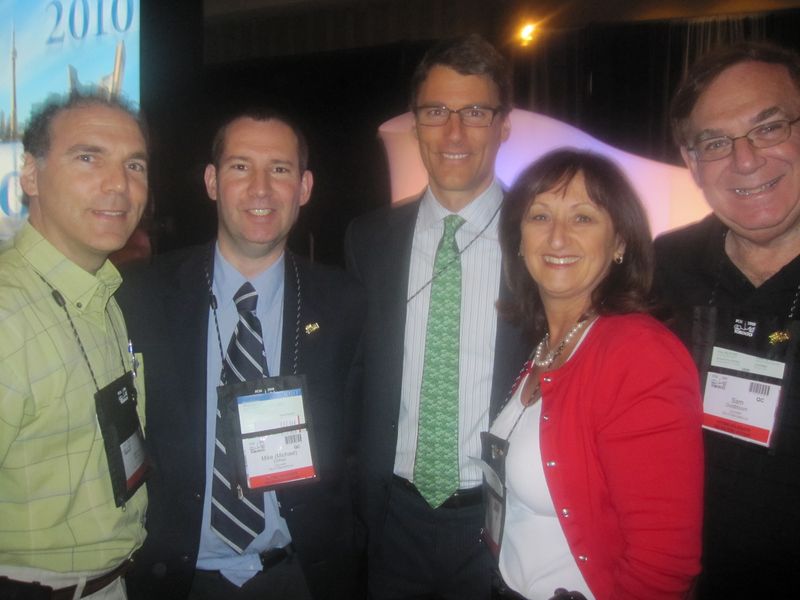 If you are willing to buy real estate, you will have to get the home loans. Moreover, my father all the time utilizes a commercial loan, which seems to be really rapid.

Thank you for the good writeup. It in fact was a amusement account it. Look advanced to more added agreeable from you! However, how can we communicate?