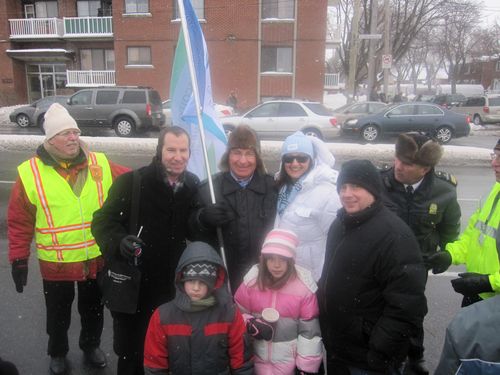 The Olympic flame ended its four-day swing through the area on Dec. 10 and Côte Saint-Luc did indeed have an opportunity to play a role in history. This most extraordinary symbol of athletic excellence is passing through more than 1,000 communities on a 106-day journey before arriving in time for the Vancouver Winter Games on Feb. 12. 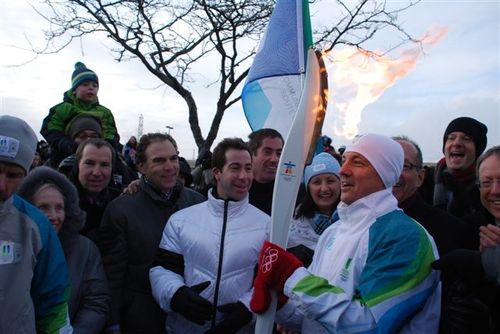 In Côte Saint-Luc, we have been gearing up for what turned out to be a "brief but magical" moment of glory for more than a year when we first learned of the route. We set up a station at the Côte Saint-Luc Shopping Centre, complete with grandstands and plenty of  hot chocolate. Well more than 1,000 people turned out, including a few school buses of children. I was there along with Mayor Anthony Housefather and Councillors Glenn J. Nashen, Ruth Kovac, Mitchell Brownstein and Allan J. Levine. D'Arcy McGee Liberal MNA Lawrence Bergman and Mount Royal Liberal MP Irwin Cotler were also in town. Hats off to our Public Security officers and our Volunteer Citizens on Patrol (VCOPS) for their tremendous efforts in crowd control.

The flame was originally supposed to pass by at 2:07 p.m. On this cold day  people starting arriving more than an hour in advance. It was a festive atmosphere as everyone waved Canadian flags and other material supplied by sponsors Coca Cola and RBC Royal Bank. Marty Croitoru, a resident of District 2 in CSL, was a member of the Coca Cola security team. He has been following the flame and will provide us with some details in the weeks to come. 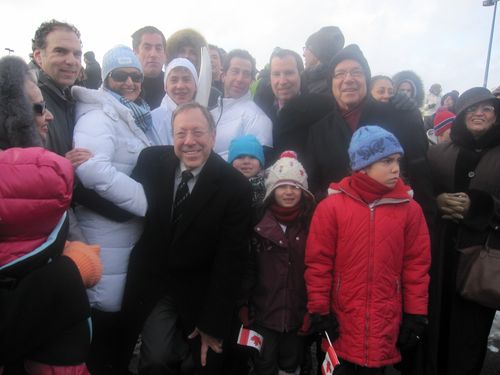 We waited and waited. There was a delay. Finally, a slew of police cars went by, followed by Coca Cola and RBC vechicles. Then came another seemingless endless array of police cars. Hampstead's Robbie  Laxer, who carried the flame elsewhere that day, was in the crowd. He shared his torch with all of us to hold and take photos. Finally we saw the flame from a distance. It was being carried by Montreal West businessman Gordon Farrell. The security contingent steered Farrell over to us where our Public Safety chief Jordy Reichson snapped a quick photo. It all went by so fast. Farrell was being cheered like a celebrity. What a rush that must of been. 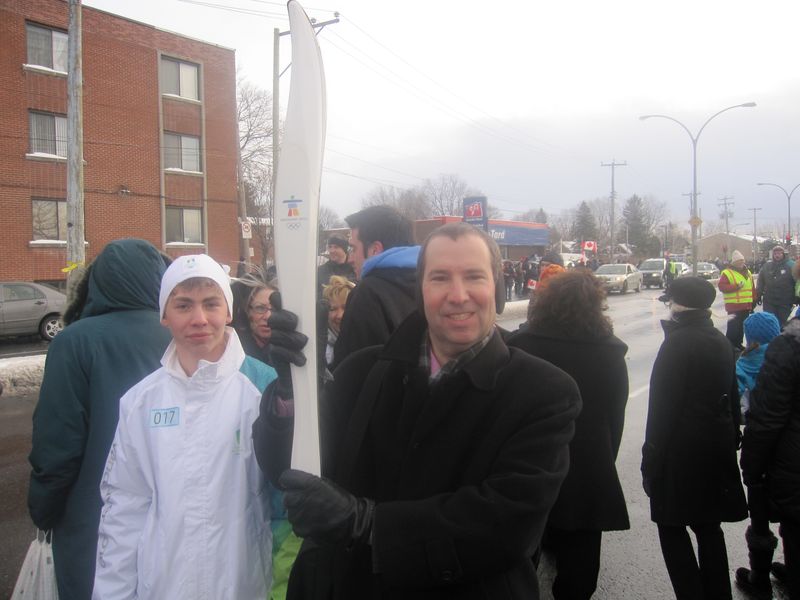 Was it worth standing out there for more than an hour in a deep freeze? You bet! CSL's Director of Public Affairs and Communications Darryl Levine was taping the event for our new CSL TV. Watch for highlights soon at cotesaintluc.org.