A few weeks ago I wrote about the tragic passing of Mitchell Goldbloom, 42, from cancer. A native of Côte Saint-Luc and the son of my dear colleague on city council Sam Goldbloom, Mitch had everything going for him. A successful law practice in Toronto, a loving wife and two adorable young daughters. Less than two years ago he was stricken with a rare form of cancer. He fought hard, but lost the battle in October.

Mitch's brother Mark was kind enough to share a copy of his eulogy and some photos of Mitch and his girls.   Here it is:

I want to thank you for being here today to honour my brother.

I could not have asked for a better big brother. Mitch was 7 years older than me and growing up he was my idol and role model

. As a child, I would follow him everywhere and he was always there for me, to play with me and give me advice. I believe some of my best qualities are the result of Mitch’s influence on me. Even though he remained my role model, as we got older the age difference became insignificant and we became best friends.

Mitch wasn’t only a great brother, he was a wonderful son, bringing enormous joy and happiness to our parents throughout his life. Mitch was also a tremendous grandson, nephew, son-in-law, brother-in-law¸ uncle, cousin and a great friend to all of us. Most of all Mitch was a devoted husband and loving father.

Everyone who knew Mitch, knew he had a big personality.

He had a real joie de vive. Mitch was extremely gregarious, loved to laugh and had an amazing sense of humour. One of the most unique qualities about my brother is that when Mitch entered a room everyone seemed to get happier. He always brought joy and happiness to others. Mitch was a good person, a unique person and it was a privilege to know him. 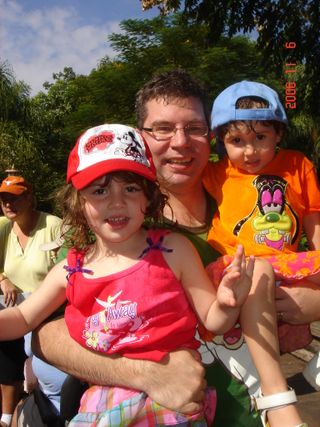 My brother lived 42 years and left us far too soon. However, Mitch lived life to the fullest. Mitch accomplished in 42 years what many people would not accomplish in 82.

For instance, when Mitch was younger he told me of his dream to have a beautiful wife, children, a golden retriever and an SUV. Well, he met his beautiful wife Dana, his partner and love of his life, and after a long courtship they got married 15 years ago. A few years into their marriage along came their beautiful daughters Talia and Jordan. Along the way Mitch even went out and got Katie, their golden retriever and his SUV.

Mitch did not stop there. Mitch built up a successful law practice working with people he loved at Landy Marr Katz, making partner. He maintained lifelong friendships and developed new ones. Despite having an incredibly busy career, volunteering on the board at Bialik and other responsibilities, Mitch always found time to pursue his passion in sports, playing basketball and baseball. Most importantly Mitch always made time for what mattered most to him, his family, especially making sure to spend as much time as possible with his beloved children. Family vacations were the utmost priority for Mitch and he became a foremost expert on planning vacations to Disneyworld.

My brother was by far the strongest person I have ever known. Over the past 18 months, with the cancer occurring three times, Mitch endured radiation, chemotherapy, a 13 hour surgery, a stem cell replacement and other invasive procedures. True to his incredible strength of character, Mitch never gave up. 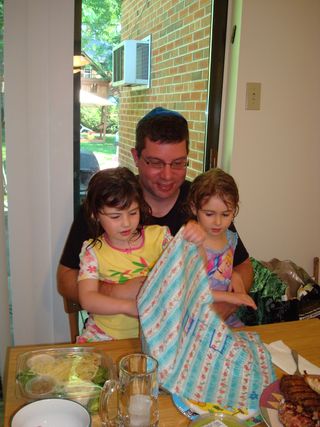 While composing this eulogy, I was looking for insight and wisdom on what to write about and about the future, and it occurred to me to do what I have done in the past, look towards my brother for guidance. Three points of wisdom that I learned from Mitch occurred to me:

The first is that Mitch had a very long memory for happy occurrences and a very short memory for difficult ones. Mitch would want us to celebrate his life, not mourn his death. After the requisite shiva period Mitch would want us to quickly begin to enjoy life again; the second is that when Mitch saw a problem he would always help try to solve it.  When Mitch was struck with a rare and vicious form of cancer, my brother fought courageously against it and was adamant that he did not want to leave us. Well, we will help Mitch not to leave us by keeping him alive in our hearts and minds.

I know my brother has influenced everyone who has known him in a way that will stay with them for the rest of their lives. While visiting with Mitch in the hospital I heard so many wonderful stories about him from friends and family, particularly about his sense of humour, his accomplishments and his kindness. It is important that these wonderful stories continue to be told. Most of all Mitch continues to live on in his remarkable children, not just in their DNA, but with his spirit, personality and sense of humour in them.

Lastly, I looked to Mitch for guidance on how to express how much we truly love him.  When tucking his children into bed each night, he would tell them how much he loved them with a unique and special phrase. It sounded like hyperbole, but it truly wasn’t. It is with this phrase that I think I may express how much we love Mitch. That we love him to the moon, to the stars, to the whole wide world.

*Love is ever the beginning of knowledge as fire is of light.!@

I need help. I just started a new job as EA to an executive. I will manage his TripIt account under his name. I'm trying to add accounts and continue to get exclamation marks after waiting for a long period on "we are updating your account activity" I assume the account number asked is the Mileage / Program Number and the PIN number is a PW? I cannot update old accounts or add new accounts. I'm I correct to say, if the carrier is not a partner with TripIt, I need to manually add the account and information in? I'm confused, help please!!! Thank you!!!

I blog oten and I really appreciate your content. The article has really peaked my interest. I will bookmark your website aand keep checking for new information about once a week. I opted in forr your RSS feed too.

This post offers clesr idea designed ffor the new users of blogging, that actually how to doo running a blog.