Six years ago a new street was born in Côte Saint-Luc: Ilan Ramon Crescent. I am proud, as the city councillor for District 2, to have this street as part of my constituency. It is like a little shtetl. Virtually everyone knows their neighbours. There are lots of young families and the residents have a keen interest in municipal affairs. 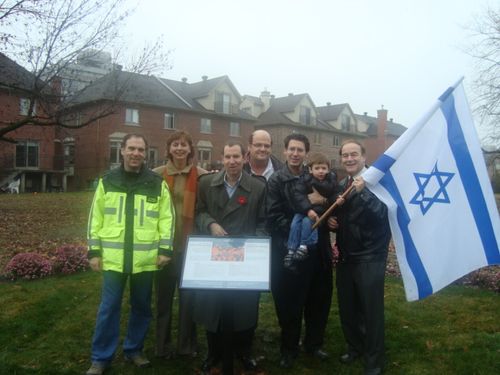 While Côte Saint-Luc, then a borough of Montreal, did have a ceremony on June 26, 2005 with the family of the late Ilan Ramon on hand some residents contacted Councillor Dida Berku and myself about installing a plaque. I thought that was a great idea. In fact, as the city councillor responsible for toponymy, I have been working with our Public Affairs and Communications Department to develop a booklet providing the history of most of our street names.

On Nov. 15 we held a ceremony to unveil the plaque. Mayor Anthony Housefather was out of town on business, but I did have with me Councillors Berku, Allan J. Levine, Glenn J. Nashen and Steven Erdelyi. Avi Kimchi, a native of Israel, was on hand as were a few other residents of the street. Avi encouraged us to take this extra step with the installation of a plaque. I would like to thank Regine Banon and Darryl Levine from our Public Affairs and Communications Department. This plaque sits on a stand and has a photo of Ilan Ramon and the other astronauts who perished with him on February 1, 2003. There is a description of whom Ilan Ramon was, as well as his colleagues.

Councillor shared with us some inspiring words about Ilan Ramon, as did her husband Jacob Kincler (a native Israeli) and Councillors Levine and Nashen. 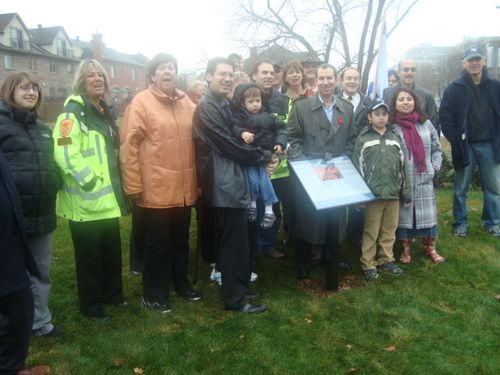 Ilan Ramon took very seriously his role as the representative of Israel and the Jewish people in space. He carried with him a microfiche of the Bible given to him by president of Israel, a tiny Torah scroll given to a Holocaust survivor at a Nazi concentration camp and a small pencil drawing titled "Moon Landscape" by a boy killed at the Auschwitz concentration camp. Quite appropriately for our ceremony, two gentleman joined us with a Torah. Though Ramon was not particularly religious, he decided to eat kosher food in orbit, saying that he wanted "to respect all kinds of Jews all over the world." He died at the age of 48, when the space shuttle Columbia disintegrated upon descent after a 16-day flight in space. He was married and the father of four children. 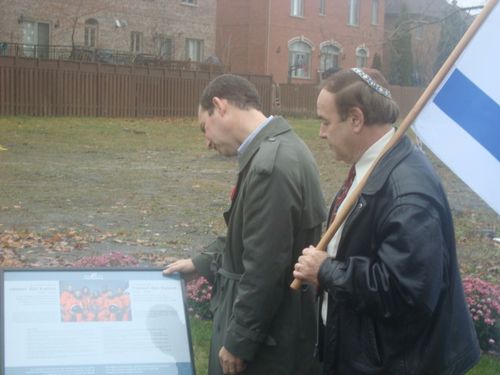 Sadly, on this day, we also paid homage to the eldest son of Ilan Ramon. Only a few months ago, Captain Asaf Ramon of the Israeli Air Force – who always said he wanted to become an astronaut like his father - was killed when his F-16 jet crashed over South Mount Hebron.

See a brief video of the ceremony by clicking here.