The insecurity of broadcast journalism

From the time I was very young, journalism represented my chosen profession. I grew up watching my dad enjoy a career as a radio announcer and sports reporter and determined this was the future for me. Then my mom intervened, insisting that the media was an unstable business. "I want you to become a chartered accountant," she proclaimed.

I began my journalism career while in Grade 11, writing a local community newspaper sports column and helping my dad out in the press box covering the Expos, Canadiens and the Alouettes. It was all pretty exciting, yet when I graduated from high school I reluctantly decided to follow mom’s advice and entered the commerce program at Dawson College. Not surprisingly, I did not like it at all. Journalism was my passion and when I was hired during my second semester to become the assistant sports editor of The Sunday Express, a Quebecor publication, I made the decision to bolt commerce. Becoming a CA was simply not in the cards.

Journalism has been a central part of my life for 30 years. However, at one point I did realize that my mom was correct. Upon graduation from the Communications and Journalism Program at Concordia University I applied for posts at nearly every daily newspaper in the country. I still remember the then city editor of The Gazette, Jim Peters, telling me that since my experience was with weekly newspapers he had no place for me. His sports editor at the time, Alan Allnutt, tried to convince him otherwise. Ironically, Allnutt is now the publisher and editor of that paper.

While I continued on after university as a full-time reporter for The Suburban, I also started to dabble in public relations. I gained experience as the sports information director for Concordia varsity sports and then went into the communications field permanently when the Canadian Jewish Congress hired me as their national director of communications. During those wonderful 11 years, I continued to write for weekly newspapers on the side. In 1999 I moved on to the English Montreal School Board as their communications and marketing specialist, retaining my column in The Suburban and undertaking some other newspaper assignments. 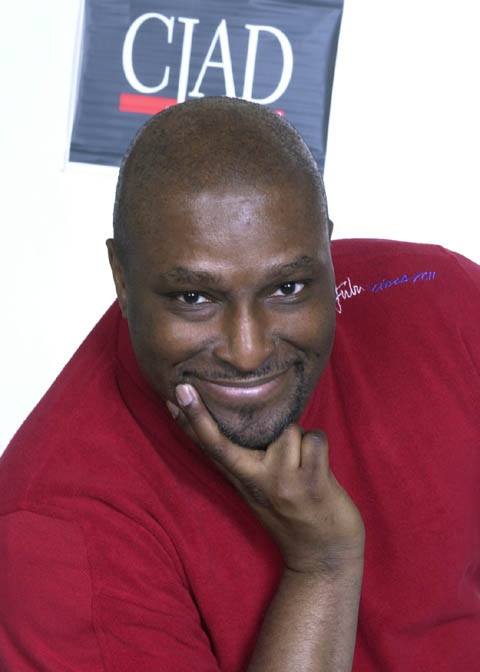 Why am I giving you this background? Well, upon learning of the recent decision by Astral Radio to let go the likes of Kevin Holden, Peter Anthony Holder (left)  and Kathy Coulombe from CJAD and the new Q92’s dismissal of Paul "Tasso Patsikakis" Zakabe and Suzanne Desautels - my mother’s warning screamed loudly in my head. Their sudden dismissals were just part of the business. And where do they go now? AM 940 sacked its newsroom last year when it switched from news to oldie songs. CBC is the midst of letting personnel go. Global TV virtually gutted its news operation two years ago and now runs a top notch organization on a shoe-string. The Gazette is getting smaller in size and has gone through a number of procedures whereby it asked for voluntary retirements. Gazette writers have been negotiating for a new contract. They tried a byline strike as a pressure tactic. It did not work. And they probably see what a real strike did to the writers from Le Journal de Montreal, who have been out of work since last January as the editors cover the stories. The paper is making zero attempt to entice them back to work or even negotiate. La Presse just cancelled its Sunday edition.

I am not among those who believe that as the internet continues to gain in popularity, the newspaper will go the way of the dinosaur. People still like to sit with a paper at breakfast, on a bus or Metro or in a waiting room. However, there are definitely less jobs in the business now that when my mom gave her warning nearly three decades ago.

If you are young and contemplating a career in this business, do not let me stop you. But have a backup plan.

I totally agree! I was shocked with the huge shake-ups at CJAD and then to find out Suzanne and Tasso were going (two people I grew up loving in the morning, as weird as that sounds), I'm wondering where is the sense in journalism? The people - aka the LISTENERS - needed no change, why did it happen?

Good advice, Mike, to the new generation of career seekers. Perhaps one of them just won't take it, and will become the new radio voice we will come to love and trust, but I am skeptical these days....