Ilan Ramon Crescent in District 2 is a pleasure to represent. It was named after the late Israeli Astronaut Ilan Ramon in 2003 and winds around Sir Walter Scott Avenue like a "U."

This is a street of predominantly young families. In the spring, summer and fall it is so nice to see them out pushing strollers, accompanying their youngsters on bicycle or playing some kind of sports. For some residents, traffic concerns have been high on their agenda. In fact, even before I was elected some residents contacted me for my assistance in arranging a meeting with the local police commander. 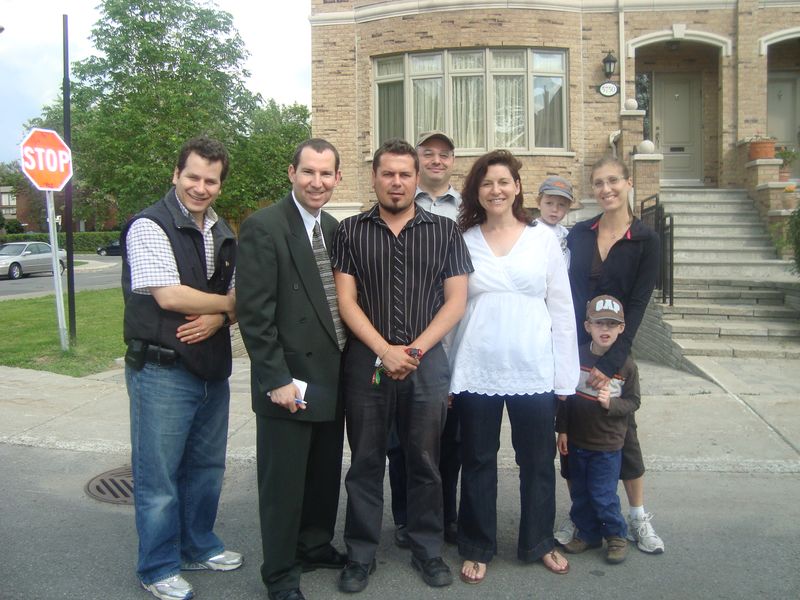 I speak to my friends on Ilan Ramon frequently. Most of them are active members of our community. They are all pleased to learn that Sir Walter Scott Avenue (the street and sidewalks) will be completely repaved this summer while the piping will be repaired on Kildare Road so we do not have a repeat of any breaks, as was the case last winter.

Boris Myschkowski is one of the residents I communicate with very regularly. The father of five has a good eye for keeping Ilan Ramon safe. A few years ago, upon his request, I got signs installed at the corners warning motorists to be careful of Children at Pay. Boris has attended council and district meetings and written letters. He, like many others, has also spoken to Charles Senekal. Charles is the city's traffic engineer, a fabulous gentleman with patience to burn.

On June 15 I invited Boris and any other residents who were available to join Charles and I for the first ever formal "walkabout" of Ilan Ramon. We began as five, Charles, myself, Boris, Elyse Rosen and Jason Levine. Soon Heather Leckner and children and Rob Kovari with his young son joined in. This was a splendid exercise as we spent almost an hour walking every inch of Ilan Ramon. The residents had the unique opportunity of asking Charles questions right on the spot and making suggestions. They were pleased to learn about the planned repaving. What about the crossing at Sir Walter Scott and Kildare Road? For years there have been calls from Ilan Ramon residents for us to install a stop sign there. But the city is adverse to adding more stop signs. A recommendation will be coming to council from the traffic committee shortly which should improve the situation. How do we slow cars down as they go around the curb on Ilan Ramon? Are flexi bollards the answer? Should we eliminate some parking spots, look into speed bumps or paint a yellow line on the curb? All food for thought, While the residents appreciate the Children at Play signs, they feel a more visible version would be an improvement. This will be looked into.

Charles will be reviewing all of the suggestions, including some he received that day by email, and report back to me. Stay tuned to this blog! US users spent an average of five hours on line video in September 2011. If we stretch that September

figure across three months, we get about 15 hours per user – and even if Comscore’s margin for error is large, US users still spend less —

or, if you want to be conservative with the numbers, perhaps equal — time watching online video than their EU counterparts.