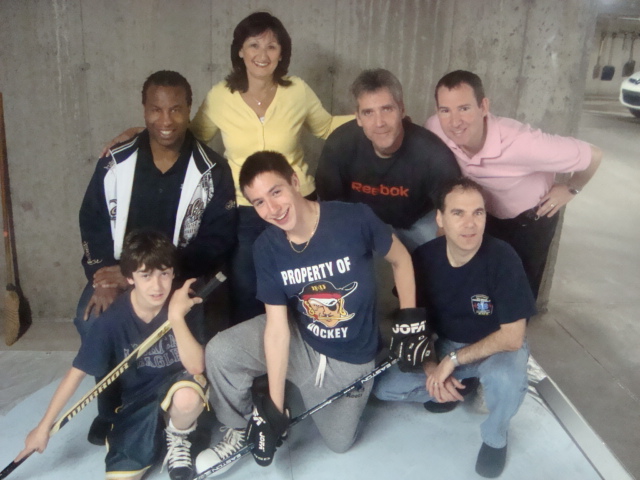 District 2 in Côte Saint-Luc had a very special visit this week when Montreal Canadiens enforcer Georges Laraque stopped by the Mackle Road Town House of Steven Stein and Arlene Ades. I was invited to come by, along with fellow councillors Ruth Kovac and Glenn J. Nashen, to witness an extraordinary demonstration of a product called synthetic ice. Steve set it up in his garage. This is basically a high-tech plastic that you can skate on. It permits a skate blade to glide as smoothly as on real ice. A number of youngsters from the neighbourhood laced up their skates, put on their gauntlets and knocked the puck around. Georges, all six-foot-three and 260 pounds of him, posed for photos and spoke about the benefits of synthetic rinks such as this. Imagine being able to set up an outdoor hockey rink in the middle of the summer and not having to worry about the ice melting.

Ruth and I have spoken to Steven about the possibility of installing a synthetic ice rink at Pierre Elliott Trudeau Park on Canada Day, July 1, with Georges Laraque on skates. Georges, by the way, is an extraordinary fellow. He was signed to a three-year contract by the Habs last year. Montreal badly needed an enforcer, and more importantly someone who can keep the other team honest. Unfortunately for Georges, he had to endure a bad back throughout the season and missed a lot of action. "In the playoffs I was on so many pain killers just to get on the ice," he told me. "I have been resting since we were eliminated and I hope to get back on the ice to train next week."

If you have not witnessed Georges in action, just write his name in the search box of YouTube and you will have plenty to see. Also check out his own website at www.georgeslaraque.com. 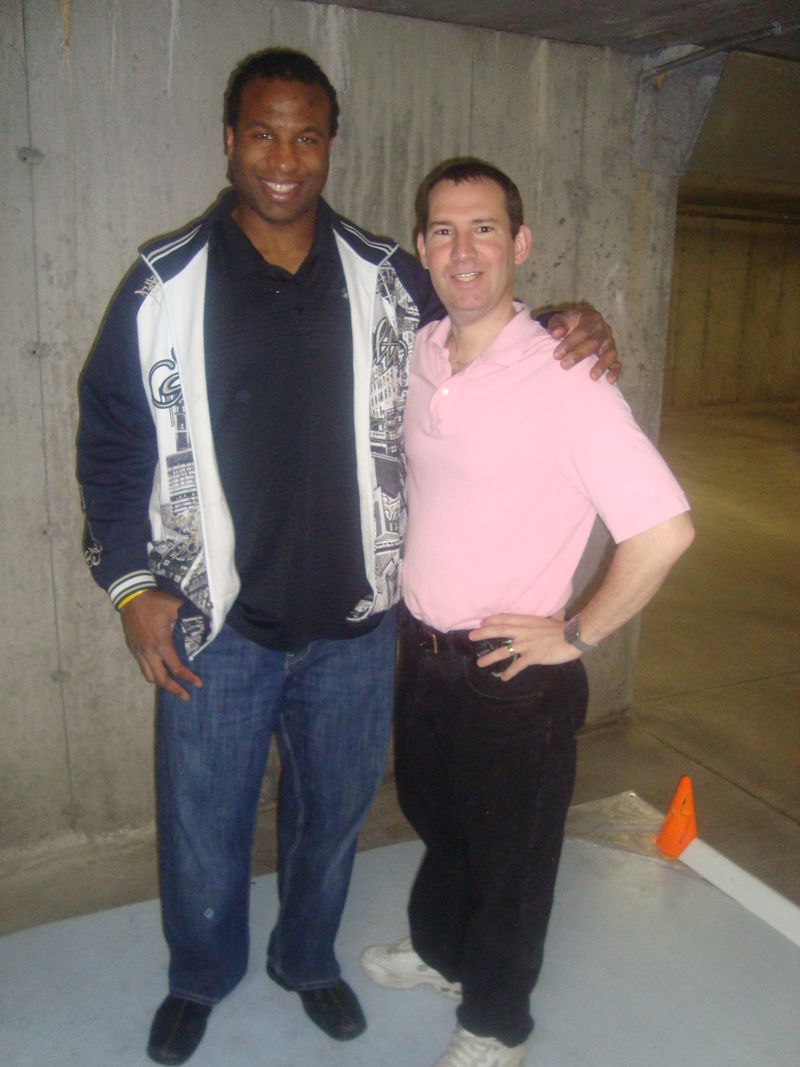 I am five-foot-ten, but I felt very small next to big Georges.

The art of giving presents is to give something which others cannot buy for themselves.

That's well known that money makes us disembarrass. But what to do when someone doesn't have cash? The one way is to try to get the home loans or auto loan.