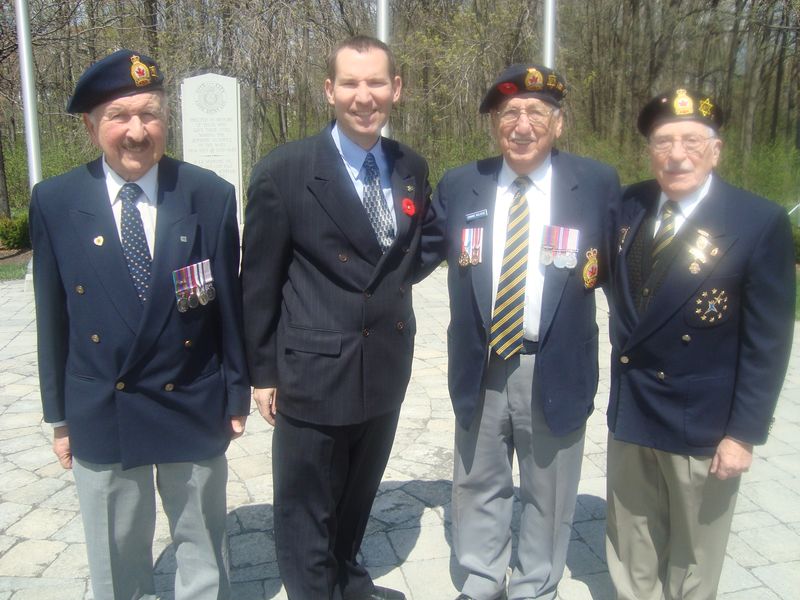 The Brigadier Frederick Kisch Branch No. 97 hosted its annual Victory in Europe Service (V.E. Day) commemoration  May 3 at Veteran's Park, located right next to City Hall in District 2

A nice crowd was on hand on an absolutely beautiful day as we paid tribute to those who fought for our country so many years ago. We remain so very fortunate to still have with us so many veterans. Robert R. Feldstein once again served as the chief parade marshall and master of ceremonies. The Royal West Academy Band played the Israeli, Belgium, American and Canadian national anthems and at the conclusion, God Save The Queen.

Laying wreaths were District 2 resident Howard Liebman (on behalf of Liberal MP for Mount Royal Irwin Cotler, for whom he serves as chief of staff),  D’Arcy McGee MNA Lawrence Bergman, Côte Saint-Luc Mayor Anthony Housefather, the Consul General for Belgium, Israeli Consul General Yoram Elron, American Consul General Lee McClenny, and a number of other special guests. Mayor Housefather delivered a speech praising our veterans, as did Mr. Bergman. Rabbi Michael Wolff, chaplain for the Legion, spoke about how his son is now serving in the Israeli army. I wish to salute the Legion, as well as event co-chairs for council Sam Goldbloom and Allan J. Levine and our city staff for once again presenting a first class event.