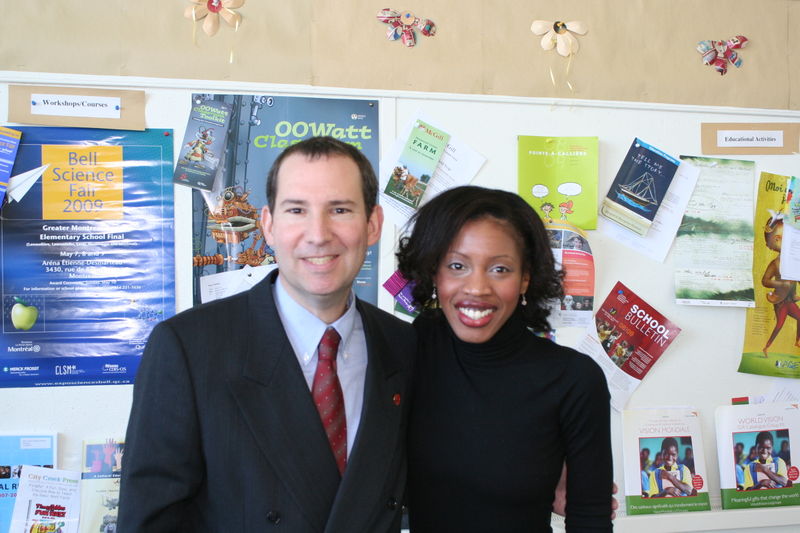 Mike and the charming Yolande James.

I had the chance to meet Quebec’s dynamic Minister of Immigration and Cultural Communities, Yolande James, and to say I am impressed with this young woman is an understatement.  As part of Black History Month Ms.  James was visiting Coronation Elementary School in Côte des Neiges to address the students. Ms. James  became  the first black woman elected to the National Assembly in 2004 and  the first black cabinet minister upon her initial appointment by Premier Jean Charest in the spring of 2007. Born in Montreal,  she attended Pierrefonds Comprehensive High School, Vanier College, Queen’s University and Université de  Montréal, completing degrees in common and civil law before being called to the Bar in 2004.  Soon after she was elected as the MNA for Nelligan. What I liked most about Ms. James was her down to earth nature.

Thank you for your feedback.

We will cover Autodesk Navisworks Simulate in an article very soon. You are correct, the Simulate version also has the TimeLiner feature functionality and Clash is what's unique to Autodesk Navisworks Manage (from what I understand). Said that, I apologize if my article should have indicated otherwise.

Thank you again for taking the time to submit your feedback.

*"Man is memory, which explains to him his past, sheds light on the choices he makes, and ultimately defines his destiny, " he wrote.