Home Categories Posts by email Search
Bureau En Gros Staff Not Talking - So Why a Liquidation Sale?
Teaming up with the Montreal Juniors

Côte Saint-Luc Mayor Anthony Housefather and members of the city council presented personal cheques to Susan Szalpeter (centre) of Federation CJA on Monday, January 19, 2009 at city hall. The fund is in support of the people of Ashkelon, Israel, which is a twin city of Côte Saint-Luc. These were personal contributions from the nine council members, totalling more than $1,100. No public city funds were used. The mayor is encouraging residents of Côte Saint-Luc to donate to the fund. Residents can send cheques directly to Federation CJA made to the order of “Federation CJA Ashkelon-CSL Fund.” Ashkelon is a sea-side city of 109,000 residents. As early as July 2006, rockets were fired by Hamas from the Gaza Strip which landed in Ashkelon. Seven residents of Ashkelon were injured on March 1, 2008. There was also property damage. Today, longer-range Hamas rockets are able to reliably hit the city.  A number of years ago, in the company of Councillor Glenn J. Nashen, I had the opportunity to visit Ashkelon as part of a Jewish National Fund mission. This city is so dangerously close to Gaza. This is an initiative worth supporting. 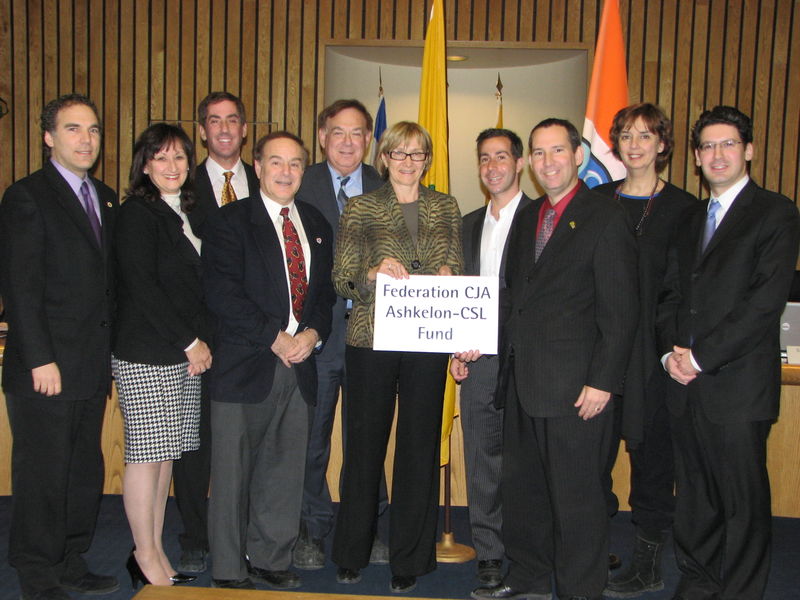